Killers are welcome in my classroom

Why even the Oslo bomber deserves an education 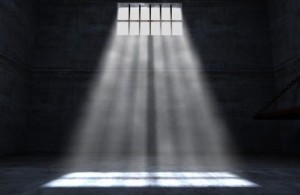 Once, I had a killer in my class. Well, to be precise, he was enrolled in one of my distance education courses. And, as I gathered, he didn’t actually kill anyone, but he assisted in a crime where people were killed, and that got him sent to the Kingston Penitentiary where he was preparing for his eventual release by taking university courses.

In a way, I admired that student. He had, of course, made some terrible choices, but he had accepted the consequences and was, slowly, trying to position himself for a future where he could contribute in a positive way. That was over 15 years ago. I hope he’s out now. I hope he’s using his education.

I thought about that student recently, when I learned that a much more terrible criminal, convicted mass murderer and all-around wacko Anders Breivik , was not allowed to enroll in courses at the University of Oslo, despite the fact that prison officials were willing to allow the convicted killer to study in his cell.

I understand the motivations of the university, of course. Anyone can, because they are so basic: he is a terrible person who did unspeakable things and we want nothing to do with him. I get it.

But I still think it was an opportunity lost. Admitting Breivik would have made a controversial but important statement about education.

Allowing this notorious butcher to enroll would have stated unequivocally that education is for everyone. We don’t draw a line regarding who deserves it and who doesn’t. If the very worst among us—and Breivik is certainly one of the worst among us—has a right to education, then we all do.

Further, it would have been a striking statement about the power of education. It can improve us. Even a cursory knowledge of the man and his crimes show that Breivik was caught up in a web of fallacy, dogma, and misinformation. It’s a lofty dream, I admit, but imagine if by studying philosophy, history, or literature, Breivik might come to question even a few of his atrocious beliefs. Imagine if a course in political science, for instance, led him to wonder if Europe really was under the heel of Marxist tyrants. Perhaps instructors who insisted on rigorous evidence and original thought might show Breivik that his hatred for multiculturism is irrational.

But then maybe not. People can be incredibly tenacious in their beliefs even when they are refuted with evidence and logic.

Still, the whole purpose of higher education is to break through prejudices and preconceptions, to present the opportunity for students to reassess their opinions and open their hearts.

And to whom should we offer this chance?

Anyone who asks for it.