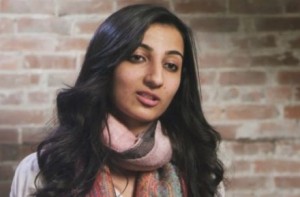 Update on July 13 at 9 a.m.: Truro Police say Fida was found in good health at a local home on Thursday evening around 5 p.m.

Kashmala Fida, 21, hasn’t been seen her since she dropped her mother off at work on Tuesday at 8:30 a.m. at Colchester Regional Hospital. Her mother’s car, which she had been driving, was found in the hospital parking lot.

Insp. Rob Hearn of Truro Police told Halifax’s Chronicle Herald newspaper that “there’s nothing suspicious.” Still, they would like people to call 902-895-5351 if they see the five-foot-seven, 128 pound South Asian woman.

Originally from Pakistan, Fida worked with charities such as Even Wars Have Limits, a Red Cross group dedicated to protecting victims of war. She can discussed her volunteerism in this video.