Our GDP may be growing, but are we better off? 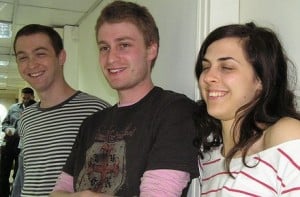 Anyone trying to understand that feeling of pessimism in the air these days—despite our growing economy—should take a read through the Canadian Index of Wellbeing’s new report.

The CIW shows how wellbeing changes over time using 64 different measures related to democracy, environment, health, time use, education and more. Roy Romanow, the former Saskatchewan premier and now chair of the CIW at the University of Waterloo, notes that our wellbeing has grown only about 11 per cent since the index was created in 1994, despite GDP growth of almost one-third. “Our quality of life has actually gone down in areas such as the environment, leisure and culture and time use, with only modest gains in health,” he says. His point? Economic growth does not necessarily buy equal improvements in standards of living.

On the enivironment, our declining score is due partially to the fact that “Canada is leaving behind one of the biggest ecological, footprints in the world.” On health, the dismal gain is tempered with big challenges such as a quick-growing diabetes rates, particularly among Aboriginal Canadians.

But Romanow makes it sound like there wasn’t much good news in the report. There was plenty. Community vitality is improving overall, as fewer people are afraid to walk alone at night and crime rates have fallen. Ironic as it may seem considering the low turnout of recent provincial elections, more Canadians say they are engaged and are satisfied with democracy. Education gets high marks too, called “one of the crowning achievements of modern Canadian society.” The reports notes that graduation rates have improved six per cent at the secondary level and 47 per cent at the post-secondary level, while primary school students rank high on international tests.