Should physics be on the MCAT?

Unless the patient is on a train, physics doesn't help 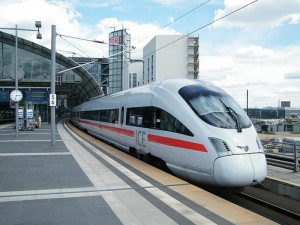 I forgot how much I hate physics.

If studying for the MCAT only included biology, chemistry, and verbal reasoning, I might have a serious shot. But throwing physics into the mix has me worried.

Way back in first year, almost three years ago, I thought I was saying goodbye to physics. Forever. After writing my exam, I would never have to see its face again. No more calculating the distance traveled by a projectile. Or determining how long it takes a soccer ball thrown from a height of 80 metres with an initial velocity of 10 metres per second to reach the ground. As for those two trains —the ones that are speeding towards each other, with hundreds of hypothetical passengers’ lives at stake — who cares what their final speed is, or how long it takes them to collide? Not me.

At least, I didn’t care until this summer. Now that I’m studying for the MCAT, physics has returned from the past — like a bad guy in an action movie who I thought was dead, but instead of shooting him a second time (just to be sure), I turned my back and didn’t notice the ominous music.

The problem is that the last time we saw each other, it didn’t end very well. Every time I tried to patch things up, physics would bring up the centrifugal force. Now, I’m asking myself: why is physics even tested on the MCAT?

Biology makes sense. Mostly. Some of the specifics seem a little irrelevant, like the details of cellular metabolism, but hey, med school is all about biology, right? And as much as I hate chemistry, I grudgingly accept the fact that it has a place in med school, too. Sure, I’d like to lie to myself and claim that chemistry has no real-world applications in medicine. But then I’d have to ignore the existence of pharmaceuticals (even the boring sections in my organic chemistry textbook are important for future doctors).