Prof. Pettigrew on the reaction to an email that went viral 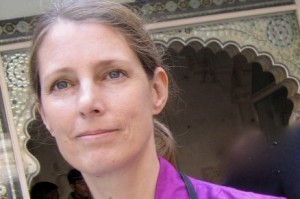 Once, when I was just a young professor, I dashed off an angry email to a colleague regarding a certain administrator who, in my judgement, had not lived up to his promises when it came to funding a project I was working on. But after I sent the email, a troubling thought struck me. What if the person I sent it to forwarded the message to someone else, who ended up copying the administrator in question, and so on. And if he were to scroll down…

Fortunately, nothing came of it, but I made a rule for myself that I try to follow to this day in my professional life: never email something that you wouldn’t be willing to have everyone read. Because you never know—everyone might.

I wouldn’t be surprised if Rachel Slocum devises a similar rule for herself in the future. Slocum is the University of Wisconsin-La Crosse professor whose email blaming right wing Republicans for the fact that her students couldn’t access course material—all owing to the partial government shut down caused by Washington gridlock over the budget—caused outrage after it was widely circulated on the internet.

Indeed, Slocum was even publicly chastised by her own university for her “partisan” comments.

Most of the reaction to this case has been to ask, as this piece in The Globe and Mail does, whether professors have the right to expect their messages to students to remain private.

First, there was nothing particularly radical in what Slocum suggested. Commenters—even some Republicans—had for weeks been blaming the Tea Party faction for a needless shutdown. So why was the reaction so severe? It’s not like she accidentally mailed the class sexy pictures of herself.

The reason seems to be that Slocum is a professor and professors are supposed to be above taking sides.

Sure. And I’ve got some land in Florida I’d like you to write an essay about.

The reality is that professors typically think nothing of taking sides in contentious debates. Indeed, many think it is a duty to take sides. This is most obvious in disciplines that see themselves as especially political, particularly the social sciences and disciplines created in response to social injustice such as Women’s Studies. But it happens across the academy. Even I can’t resist using the Conservative Party in my examples of bad logic and dangerous rhetoric.

And while some might complain about professors indoctrinating students, taking sides is actually a good thing. In fact, the single biggest intellectual skill that students lack coming into university is the capacity to take sides. They always want to insist that both sides have good points and that no one is really in a position to say who is right and who is wrong. Professors need to model for students what it looks like to be informed, and passionate, and committed to a position.

Rachel Slocum was right. And there is nothing wrong with that.