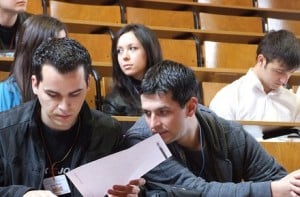 McGill University will be allowed to charge $32,500 this fall year for its MBA program after the university struck a deal with the Quebec government last week.

Before the 2009-10 school year, the program had cost only $3,400. Last year, they raised the price by nearly 90 per cent to $29,500, prompting the Ministry of Education to fine them $2.1 million for breaking regulations. Quebec requires universities to charge domestic (Quebec) students a uniform rate, which is currently just over $70 per credit for most programs. A typical 30-credit school year costs roughly $2,100.

The new deal redefines the program as a “specialized MBA” with a focus on international business and a “mandatory study trip abroad.” Specialized MBAs are not subject to the same strict regulations. Concordia offers an EMBA with tuition at $34,000. McGill and the HEC Montréal offer a joint EMBA that costs $72,000.

Some student groups have criticized the decision. The Fédération étudiante universitaire du Québec, the province’s largest student lobby group, and the McGill Post Graduate Students’ Society issued a joint statement describing it as a step towards two-tiered education.

However, another student group — McGill’s MBA Student Association — supports the school. They condemned the government’s fine and released a survey claiming that 70 per cent of students in the program supported the increase.

Line Beauchamp, the Minister of Education, wrote that McGill is not getting special treatment. “This isn’t an exception, because there are other institutions in Quebec that already offer programs with a similar status,” she said.

McGill’s new price may allow it to better compete with other schools. The University of Toronto charges residents $40,000 per year for its MBA program; the University of Western Ontario’s one-year MBA program has a price tag of $73,500 for Canadians.

Wilfred Zerbe, Memorial University’s Dean of Business, suggested in May that tuition fees there should climb too. Currently, Memorial charges MBA students $4,400 per year. He says the school could attract better students and offer more support with tuition fees closer to $10,000 per year.