Relationships matter (even in big classes)

Prof. Adrian Chan makes time to meet all of his students 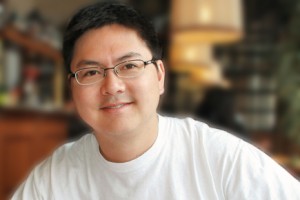 When systems engineering professor Adrian Chan began teaching, he’d meet many of his students after final exams for the first time. They’d show up in his office after failing the course.

“I’d always wonder,” says Chan from his office at Carleton University in Ottawa, “why didn’t they come in earlier so that I could help them?”

A colleague suggested he make an effort to get to know his students better. “I don’t know if it’s possible,” he told her, “some of my classes have more than 100 students.” The coworker explained that her classes had up to 150 students in them and she still managed to meet with most in the first few weeks. “It was almost like someone threw the gauntlet down for me,” says Chan.

Since then, he’s blocked off 10 minutes with each student—hundreds of them—at the beginning of each semester. He asks students about their expectations and about why they chose engineering.

It doesn’t allow him to personalize lesson plans or advise on future careers, but it does break down barriers. It’s his way of showing that he’s a partner, not a foe. “When you begin to understand each others’ roles and perspectives,” he says, “it facilitates trust and that enables learning.”

It makes students more likely to ask for help too, which improves his teaching. “Their understanding of how a computer works was so abstract it was preventing them from being able to implement computer programs,” he offers as an example of a lesson learned from students.  “I’d go through stuff on a computer or chalkboard, but I wasn’t helping.” He started using dice instead. It worked.

The investment in meeting students at the beginning of the semester isn’t something they quickly forget, either. Chan proudly reports that students ask him for advice long after their courses end.

Adrian Chan is one of 10 new 3M National Teaching Fellows in 2012. Click here to see them all.