What's behind the increase? 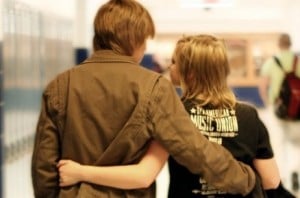 Health officials in Halifax aren’t sure why they’ve seen a rise in sexually transmitted infections like chlamydia and syphilis. Are people having riskier sex? Is testing catching more cases?

Chlamydia cases reported in Halifax climbed 20 per cent over the past five years and rates in the city are 30 per cent higher than the national average, CBC News reported last year.

Jane Collins, Nurse Manager with Student Health Services at Saint Mary’s University told Maclean’s in December that she suspects more testing is part of the reason her campus clinic is catching more chlamydia—15 cases per month now. It also may explain why they detected one case of gonorrhea.

Collins suspects that women are less wary of STI tests now that a physical examinations aren’t commonly required. “When [females] come into the office, now we can give them a swab and they can go in the washroom and do the swab, so it’s less invasive and more private,” she says.

The other concern in Halifax is an outbreak of syphilis, which has occurred mainly among men who have sex with men. There were 34 cases diagnosed in 2011—triple the number seen in 2010.

Hatchette suspects that websites that allow easy hook-ups may be to blame for the rise in syphilis infections. He notes that oral sex (common with hook-ups) can easily spread the disease.

Chlamydia, gonorrhea and syphilis are all treatable with antibiotics, but each can have different types of long-term consequences from sterility to neurological problems, if left untreated.

Those infected with STIs may not notice any symptoms at all, so it’s important to be tested before and after monogamous relationships and whenever you’ve had unprotected sex, warns Collins.