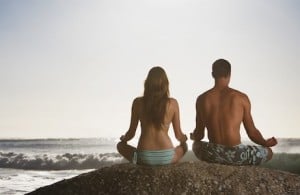 There is no shortage of secrets to solving the quarter-life crisis, and a budding industry of survivors is selling them from the other side of the meltdown.

Over the eight years Kirk Akahoshi spent searching for answers, he tried hypnosis, meditation, two vision quests, and grad school. When Jordana Jaffe got stuck, she created a one-month detox for herself, forbidding dating, drinking, TV, and Facebook.

“I called it my inner-clarity retreat. I took away anything that would distract me from me.”

The lightbulb moment was the same – and rather ironic. Akahoshi, now 37, and Jaffe, 29, started up life coaching businesses, guiding their cohorts through the quarter-life transition. Coaching is an unregulated industry, and while Akahoshi become certified, Jaffe markets her own quarter-life experience and youth as a selling point. (On her website, she reveals she grew up wanting to be a back-up dancer for Janet Jackson, and relates most to Charlotte on Sex and the City.)

Just like a gym, both offer 30-day packages to get started.

“It is kind of like working out,” Akahoshi says, explaining it takes a few one-on-one coaching sessions to see results. His Palo Alto business also offers quarter-life support groups and full-day retreats in the Santa Cruz mountains.

Jaffe, who lives in New York City, describes the quarter-life crisis as a period of feeling completely directionless, both personally and professionally. It typically strikes when a person transitions from post-secondary school to the working world, and is hit with a devastating reality: this isn’t all it’s cracked up to be.

The lackluster economy is partly to blame for the phenomenon, making it harder for young people to find stable, fulfilling jobs. Jaffe also points the finger at Facebook, where non-stop status updates create the impression you’re falling behind from your peers.

The term quarter-life crisis entered the cultural lexicon around 2001, with the publication of Alexandra Robbins and Abby Wilner’s book Quarterlife Crisis: The Unique Challenges of Life in Your Twenties. The feeling is so pervasive among Millennials that e-books, podcasts, and online communities are rushing to fill the void. It is also the driving force between the breakout HBO series Girls.

Akahoshi believes the quarter-life crisis boils down to there being no recognized ritual for entering adulthood in North America. He encourages his clients to find a way to demonstrate their new life stage. One young woman took her friends to a beach, drew a line in the sand, and stepped over it.

“It was powerful because the important people in her life were witnessing that,” he says.

The boomers also get some of the blame for the quarter-life crisis phenomenon. They raised their children to believe they can be anything they want to be, and shouldn’t settle for anything less. Rather than weaning their clients off this idea, quarter-life crisis coaches tend to nurture it. In a recent teleconference with potential clients, Jaffe assured them achieving their ideal career is a very, very real possibility.

“I believe that you’ve been put here on this earth to contribute to the world in a big way that feels good to you,” she said, repeating it again for good measure.

Janet Harvey, the president of the International Coaching Federation, welcomes this new generation of quarter-lifers coaching quarter-lifers. She jokes that they’re getting younger every year.

“What they’re bringing is that quality of optimism and possibility,” she says.

However, Harvey frowns on people who call themselves life coaches without proper training. Her association is trying to standardize accreditation in the field. “If I were hiring a coach, I wouldn’t hire somebody that hasn’t been trained, period.”

Both Akahoshi and Jafffe have found people to vouch for their skills. In testimonials, one client calls Jaffe “my Sensei,” while one says of Akahoshi, “I feel transformed.”

Clarity comes at a cost. In Toronto, personal sessions with a coach range from $70 to $200 an hour, Ahalya Kumaran estimates.

Kumaran became a certified leadership and career coach in the city after conquering her own quarter-life crisis with eight months of travel in India. She was inspired by Elizabeth Gilbert’s memoir Eat Pray Love.

Kumaran, now 29, warns if young people don’t take time to figure out what’s important to them, they may still be asking all the same questions into their 30s. When you’re raised to believe anything is possible, it can be hard to narrow things down.

“The very first thing I do with my clients is ask, if you could wave a magic wand and create the life that you want, what would it look like? You’d be surprised at how difficult it is for them to answer that question.”