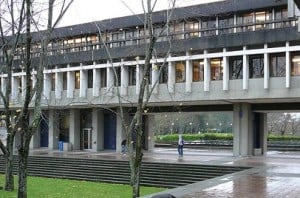 The student union’s latest offer on Sept. 1 included no wage cuts for current employees and a reduction in full-time staff by attrition only. Instead of cutting wages and employees, the offer would have allowed for a gradual reduction in the number of full-time positions and the SFSS would have been able to hire students at starting wages of $13 per hour instead for future positions.

The union says that would create a two-tired system. Richard Overgaard, a CUPE national communications representative, told The Ubyssey student newspaper at UBC that the union won’t counter the offer until the SFSS ends the lockout.

Services that are unavailable due to the lockout include the copy centre, the Women’s Centre and the LGBTQ support centre.