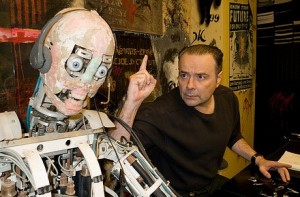 How much demand is there for free online education? When the topic is Artificial Intelligence and the teachers are star Stanford University professors, the answer is 58,000 people from 175 different countries, reports The New York Times. That’s how many have expressed interest in an experimental course that will offer no credits, but will instead consist of virtual lectures, assignments, a ranking in comparison to other students and a “statement of accomplishment.”

The instructors are Sebastian Thrun and Peter Norvig. Thrun is well-known for his robotic cars. Norvig is Google’s director of research. News of the course went viral after an e-mail was sent out to members of the Association for the Advancement of Artificial Intelligence earlier this summer.

Free virtual lectures aren’t new, but this course is supposed to offer a similar level of structure as a real class. The idea is that students will be motivated to complete the course because a group of people will progress through it together and there will be some — however limited — interaction with the instructors. Thrun and Norvig plan to offer feedback using Google moderator software, which will allow students to vote for the best questions to have the professors answer.

Thrun doesn’t worry that the free courses could threaten traditional universities by reducing the number of paying clientele. “I’m much more interested in bringing Stanford to the world,” he told the newspaper. “I see the developing world having colossal educational needs.”