Students are my colleagues: professor 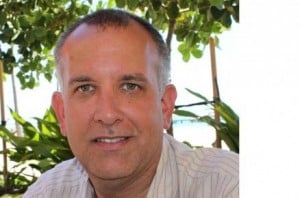 Professor Marshall Beier has an uncommon view of how students fit in the university. “I see them as my colleagues,” he says, entirely seriously.

The McMaster University political scientist insists that even undergrads are valuable contributors to the university’s production of knowledge. It’s a view that’s (unsurprisingly) popular with his students, who nominated him for the 3M National Teaching Fellowship that he won earlier this year.

Students can sense Beier’s penchant for equality at the start of his second-year global politics class. Instead of opening his course with a discussion of the 1648 Peace of Westphalia (widely considered the birth of the modern state) he begins with the Iroquoian Great Law of Peace.

Beier’s unconventional opener attests to his belief that there are multiple ways to look at International Relations and that many important voices often get left out of the discussions.

In teaching, Beier sees students as a group whose voices aren’t heard enough. That’s wrong, he says, considering universities are meant to serve as safe spaces for challenging assumptions.

Beier starts by telling students that their voices matter, “even if the architecture doesn’t always assume that.” Lecture halls often have acoustics that allow voices to travel from the podium to the back row, but not the other way around. Don’t let that stop you from being heard, he tells them.

Another way Beier aims for equality is by encouraging students to write essays in the first person.

Beier says that forcing students to never write “I think” implies their voices don’t matter. But it’s more than that too: “The third person implies that there’s an objective knowledge that you remove yourself from… that your voice is just that of the reporter. That’s not what it’s about,” he says.

Beier further demonstrates his deference by welcoming feedback mid-way through each term. Sometimes the feedback leads to big changes, like the time he ditched PowerPoint presentations.

Beier also treats fourth-years as colleagues in research; he shows them what he’s working on, but not what conclusions he’s reached. Students then write their own papers. Some even get published.

“It brings them right into the research enterprise as bona fide contributors,” says Beier.

It also aids the progress of International Relations, he argues: “students don’t take the contours of the discipline for granted. They’re more apt to say ‘but why is that so? Why couldn’t it be this?”

“In a disciplinary sense, they may heretical questions,” he adds, “but those kinds of minor heresies are also the sparks that push us forward.” Beier’s students, I would assume, agree.