The best university lectures to go

Catch up on everything you wish you’d learned in school 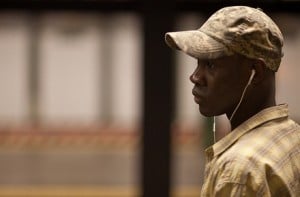 You’ve grasped the intricacies of quantum mechanics, toured the great museums of Europe, understood the significance of the Peloponnesian War and come to terms with why evil exists. So what’s next? Perhaps wine appreciation, the mysteries of brain science or Hitler’s rise to power.

Welcome to The Great Courses, a company that’s been selling erudite audio and video lectures delivered by top-notch professors to well-heeled and inquisitive American customers for over 20 years. Now it’s planning a big Canadian presence too. Minds: prepared to be expanded.

The course selection at The Great Courses reads like an educational playground for the intellectually curious. It’s as broad and detailed as any university course calendar, although much more convenient. Courses typically consist of 12 to 36 half-hour lectures on CD, DVD or audio file. Packed with undergraduate-level information, each lecture is short enough to enjoy while commuting, after dinner, or while killing time during your kid’s dance lesson.

According to Daniel Hanks, vice-president of the Virginia-based firm, his target audience is mature, university-educated folks with healthy incomes and curiosity to match. “These might be people who have worked in finance or law all their life, but have always wished they knew more about philosophy or great literature. Or perhaps they’re just interested in understanding Wagner, or what makes a great glass of shiraz.”

The idea of hiring top professors to deliver university-style lectures for a general audience was the brainchild of Tom Rollins, one-time chief of staff to a U.S. Senate committee. To address a shortage of experienced math and science teachers nationwide, he recommended finding and videotaping the best educators for distribution to needy schools. Legal issues killed his original idea, but in 1990 Rollins began selling courses to the public instead, focusing predominantly on traditional liberal arts topics.

Consider, for example, the daunting topic of philosophy. Anyone who regrets missing out on the eternal truths of Plato in university could sit themselves down in a library and plow through several years’ worth of books. Or they could purchase The Great Courses’ 60-lecture set on the history of philosophy. And in just 30 hours they’ll be dominating conversations on everything from the origins of Athenian democracy and the Scottish Enlightenment to philosophy in the computer age. The same goes for calculus, or Abraham Lincoln.

Of course there are plenty of competitors in the high-brow distance-education business these days. MIT and Stanford University, among other well-known universities, post videos of their professors online as a marketing tool. And websites such as iTunesU, Academic Earth and Virtual Professor aggregate educational content from a wide variety of sources at no charge.

The Great Courses are certainly not free—most courses list for $150 to $250, although they frequently go on sale—but Hanks points to a rigorous screening process that promises the liveliest and most authoritative lecturers as an advantage worth paying for.

University of Toronto historian Kenneth Bartlett has been recognized many times for his commitment to teaching, including his school’s inaugural President’s Award for teaching excellence. And he has written several books on the Italian Renaissance. But his official biography is careful to mention that in 2005 he was the first professor from a Canadian university to qualify as a Great Courses lecturer. His latest effort is a 48-episode survey on European civilization. “I consider it a great honour,” says Bartlett. “I get a lot of feedback from listeners and it’s clear these are people who really want to learn.”

The company has lately broadened its selection to include courses aimed at boomers in health, nutrition and the appreciation of wine, art or opera. And Hanks is planning a much more significant presence in Canada. A dedicated Canadian catalogue was rolled out recently and this summer will see a big national marketing push in both print and electronic media. Is your brain ready?