University inspired them to change the world. College gave them the tools to do it.

University graduates are tossing their mortarboards in the air, sliding their degrees into the filing cabinet—and then heading straight to college. In Ontario, applications for postgraduate diploma programs (which accept only university grads) have jumped 21 per cent since 2007. In Atlantic Canada and Western Canada, college programs that recruited high school grads a decade ago have become de facto postgrads with most applicants already holding degrees. Dianne Twombly, the manager of York University’s career centre, has noticed the trend on her campus, too, and she thinks she understands why. “As more and more students get bachelor’s degrees, postgrads are a way to distinguish yourself—a way to get an edge.” York has seen so much interest, it’s offering at least one postgrad workshop each month.

Aisling Nolan, a 27-year-old philosophy graduate of McMaster University in Hamilton, Ont., attended university and then college, rather than a master’s program. Her university degree helped her understand what she wants to do with her life—help people overseas. Once she knew that, she was ready for the one-year college certificate in international development from Humber College, because it promised practical skills and connections to put her plan into action.

Humber certainly delivered action. On the first day of her school-facilitated internship with GlobalMedic, a charity that parachutes medical workers into disaster zones, her boss asked her to write a proposal to acquire funding for 15,000 rainwater purification units for Haiti. “I know exactly how to do that,” she told him. Humber had forced her to practise grant writing from week one. Haiti got the units and her boss was impressed. Weeks later he sent her to Pakistan to help deliver aid to flood victims. A master’s student might have been sitting with a stack of books working on a paper about Pakistan, while she was being helicoptered in. 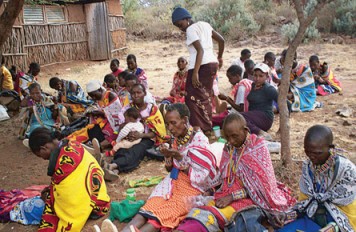 Reg Flynn, a 30-year-old from Forteau, Nfld., is glad he chose the fast track to action, too. He enrolled in the geographic information systems (GIS) applications specialist program at the College of the North Atlantic in Corner Brook, Nfld., after graduating with an arts degree from Memorial University. His major project at college was to produce a multi-layered computer map to help solve the riddle of why caribou stocks are declining in the province. He included information like topography and vegetation along with data showing how far bears were venturing from their dens after hibernation for food. Was it the bears that were depleting the caribou? It’s not clear yet, but the project gave him something tangible he could show to potential employers.

Nolan and Flynn are big boosters of their postgrad experiences at college, but they don’t knock university, either: they needed both university and college to reach the start of their careers.

After all, it was Nolan’s political science courses in her undergrad that made her curious about travel and geopolitics in the first place—and illuminated her desire to help impoverished people full-time. It happened like this: after teaching for two years in South Korea (a job she got because of her university credential), she travelled across the developing world. On a beach in Thailand one night, her calling became clear as the night sky. “Everybody was drinking and dancing under the moon, but I couldn’t help but notice little girls out on the beach picking up beer cans to make money, until three, four and then five the morning,” she says. “I realized that I was a part of the problem for these people. I wanted to help.” By the end of her trip, she was living with a Masai family in Ilnarooj, Kenya, and volunteering at a school. As soon as she got back, she enrolled in the international development program at Humber. She had found her calling.

Flynn also credits university—particularly its flexibility—for helping him discover what motivates him to get out of bed in the morning. He started in computer science at Memorial University, but found that it was “just too tedious,” so he switched to English. That didn’t suit him either. Luckily, his geography 101 elective helped him uncover his passion. “The way everything works together, like land forms and weather systems, just clicked for me,” he says, remembering that first class. A college program straight out of high school wouldn’t have allowed so much exploration. It was also in that geography seminar that he first seriously considered the balance between humankind and nature. He credits one seminar where the class explored the question, “Should we really kill a bear just because it comes into our community?” for setting him on the path to his career.

University helped Flynn and Nolan to find themselves, but they learned transferable skills, too. Nolan says it was McMaster that taught her how to structure an argument and express her thoughts in writing—a skill that international development workers use all the time to plead for money. Flynn says university taught him how to write clearly, a key requirement for his new job.

That job involves making a GIS map for a researcher who’s tracking how forests in Newfoundland are changing over time. While a master’s student might be studying the competing theories behind environmental stewardship, Flynn is already helping to protect forests and getting paid to do it.

Nolan is busy implementing her plan to help the Masai families she met in Ilnarooj on her trek around the world. She’s using the financial skills and industry connections that she picked up at Humber to create her new social enterprise, My Masai. She’s ordering beaded leather bags from the women in Ilnarooj by the dozens and selling them to Canadian women who want to know their accessories weren’t made in a sweatshop. If the business takes off, women in Ilnarooj will have more cash in their pockets and their children will be able to focus on school instead of working (unlike those children on the beaches of Thailand). For Nolan, it feels better to be acting on her values, rather than sitting in a library. She did enough of that in university.