The grading system needs a rewrite 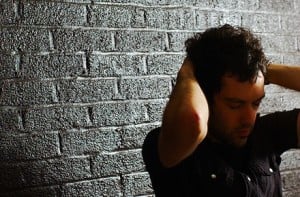 A few years ago, a colleague told me that when he was a TA, he was told never to give a grade below 45. The reason was that students earning a very low grade would dig themselves into a hole and wouldn’t be able to pass the course.  At the time, I scoffed at such a practice. After all, it’s unfair to give a student who did next to nothing a 45 when another student who just fell short the same 45. And what if the student doesn’t turn in the paper at all? A 45 for nothing?

Another way to view this problem, as Douglas Reeves has argued, is to note that the standard A, B,C, D, F grading system over-punishes missed assignments which get graded at zero. Actually, it’s worse: any serious failure is systemically unfair because the F range is, compared to other grades, huge.

Still further, the traditional scale forces professors to grade with a very narrow range. Most papers are somewhere between D- and B+, a range that uses only thirty points (50-79) out of one hundred.

The solution is to revise the percentage system to equally distribute grades over the whole range from zero to one hundred. We change to old system:

to a new system:

The new system means that one disastrous failure or one missed assignment in an otherwise decent performance doesn’t cause a student to fail the whole course. For instance, imagine a student, Mishrump Middleton, who has four equally-weighted assignments in his course and earns a C- on the first three but fails to turn in the last one.

Mishrump is no Rhodes Scholar, obviously, but he probably doesn’t deserve to fail the course. But, under the old system, Mishrump gets a 45 as his final grade —  an F — and fails because that single zero drags him down. But under my system, Mishrump gets a 30 which, remember, is now a D and so still gets credit for the course, which, intuitively, he probably deserves. Put another way, Mishrump gets the equivalent of the old 55 instead of the old 45 because the grades are more logically distributed.

But how can I use my new system? I can’t simply give a C- student a grade of 40 and expect everyone else at my university to know that what I mean by 40 is not the same as what they mean by 40. And even if I could get my whole university to switch over to my system, it might be confusing to others if Cape Breton University’s transcripts showed a middling student with a 45 average instead of a 62. The whole country will have to make the switch.

In the meantime, I have a solution for my own classes. I will give students letter grades but calculate their grades using my new scale. Then, at the end of the course, I will translate those grades back into the standard percentages. It will be more work, but it beats giving every failing paper a 45.