The myth of the four-year degree

Students are staying longer for a variety of reasons 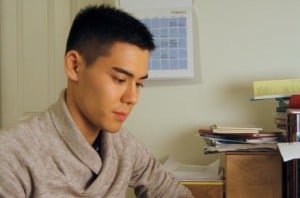 When Michael Prior came to the University of British Columbia in 2008, he expected to spend the standard four years at the school.

Now in his fifth year, he realizes his original plan was unrealistic. The 22-year-old English Literature major has funded most of his own education, so he works for pay about 20 hours a week. That requires a lighter course load.

Prior is hardly alone. In fact, graduating more than four years after starting may be the new standard. A recent study from the Higher Education Quality Council of Ontario reports that less than half of Ontario university students finish in four years.

Hannah Talbot, a first year Arts student at UBC, was surprised. “I always thought that it was a four-year deal until I came to university and realized a lot of people were in their fifth or sixth year.”

Among the reasons that determine the length of one’s university career, finances play a big role. Like Prior, many students work part-time jobs to finance their educations. Other students, like Matt Williams, who hails from California, are trying their best to avoid expensive fifth years. Because he pays international tuition, Williams would have to spend $36,000 or more to stay.

It’s not just finances that lead to victory laps. Those who study abroad during undergraduate may find it difficult to earn enough credits to fulfill degree requirements in four years. Those who take co-operative education and internship programs find postponing graduation almost inevitable.

For others it may be bleak job prospects that makes them stay longer. According to a survey by the Canadian University Survey Consortium, just one in three students in 2012 had a job to start at after graduation compared to 45.8 per cent who had something lined up in 1997.

However, “super seniors,” whether staying on accidentally or by choice, may want to be careful. A study by the University of Tennessee’s Center for Business and Economic Research found that university students who complete their degrees in four years make higher wages. Those who take more time miss out on promotions and raises and may be viewed negatively by employers.

But for Prior, who is going to graduate this fall, extending his stay at UBC has had its perks.

“I think there is a certain benefit in taking that extended period of time,” he says. “You get to focus more on your classes, and you have more opportunities to engage with your professors and be involved in extracurricular activities around the school.”