Hint: it's not just those annoying "friends" 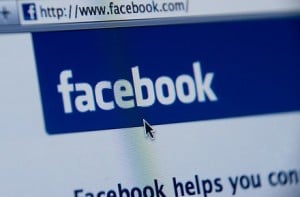 During the few moments of free time I have during midterm season, I surf the web and catch up on my social media profiles. As I recently did this, I heard a ‘ping’ come from my Facebook tab. After I excitedly clicked the little blue ‘f’, eager to read what new gossip my friend wished to dish, I was disappointed to find that the contact starting up the conversation was a semi-casual acquaintance from high school.

We all have those online “friends,” the ones where continuing a conversation is as painful as a trip to the dentist. My usual plan is to just ignore the message—waiting until this well-meaning individual moves on to what I’m sure is a riveting conversation with someone else. This usual strategy, however, no longer worked. Why? Because now Facebook has let the object of my avoidance know that I have read the message.

In this precarious situation, I found myself with a difficult decision to make. Would I stand strong in my unwillingness to engage, letting this person, who has never harmed me, know that I have no intention of messaging back? Or would I succumb to the pressures of niceties and go through a torturous round of “what are you up to?” I ended up quickly logging off, to appear as though I was in the process of signing off when I got the message.

Though I escaped the awkward chat that time, I know the problem will arise again. Now that Facebook has joined the trend BlackBerry Messenger started, I’m vulnerable to attacks on all sides. The girl I spoke to once at a party. The creepy cousin I’ve never met. That guy from campus with the moustache. With Facebook sharing what I’ve read, any bluff of ignorance is now out the window.

You may be asking, what’s the big deal? Who cares if people I don’t like learn that I don’t like them? Well, the problem isn’t just that I’ll have to eventually talk to my cousins. The problem is that Facebook has taken another step towards becoming a surveillance system. Facebook has moved on from the days of asking for updates of what you’re doing—they’re now demanding it.

Posting on Facebook from a mobile device allows the site to tag you in a location. Clicking on a group will tell the other members that you’ve done so. And, as mentioned above, messages will be marked as ‘seen’ after you’ve loaded the page.

With these features, it’s easy to monitor someone else’s movements via Facebook. Facebook is supposed to be, at least to me, an escape from the pressures of everyday interactions—a world where I am in control. Instead, the site has become as wearisome as reality.

How much more control are we losing with our online profiles? In the end, how much choice will we have as to what is and isn’t published online? Will there even be a choice? It’s hard to say, but before I think about the answer, I have to go reply to that guy from camp with the moustache.

Kevin Hurren is Arts & Life Editor of Western’s The Gazette, where a version of this post appeared.