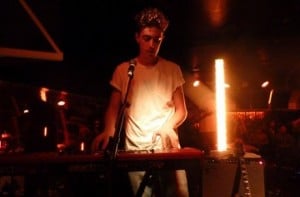 For those who can’t make it to Halifax Pop Explosion’s 20th anniversary festival this week, there are record release parties and intimate in-store performances that may be closer to you. Here are this week’s can’t miss shows:

1. Though they only have one full-length release under their indie-pop belts, the infectious Elwins are already well on their way to becoming indie pop stars. They team up with Born Ruffians and yet-unnamed special guests as a part of Halifax Pop Explosion on Oct. 17. More info here.

2. The Romantics’ just-released album from Toronto’s Inlet Sound synthesizes rising melancholy and grand orchestral impluses. Be sure to catch the atmospheric folk group’s CD release party at the Horseshoe Tavern—a definite “I saw them when…” gig. More info here.

3. Aidan Knight, fresh off his second release, Small Reveal, which features the infectious folk jam Mirrors, will take on The Artful Dodger in Regina on Oct. 23. Get there early to catch Montreal singer-songwriter Leif Vollebekk. Ticket info here.

5. St. Thomas and University of New Brunswick students who are tired of the bar scene should try to catch a free in-store performance by Toronto’s Hands & Teeth at the Reneu Boutique in Fredericton on Oct. 18. The stripped-down acoustic set kicks off at 5:00 p.m. More info here.

Halifax Pop Explosions won’t be the first time Born Ruffians’ Luke Lalonde and the loveable lads of The Elwins cross paths. They collaborated on this cover of Beyonce’s Countdown. Check it out: