Universities crack down on rowdy dorms 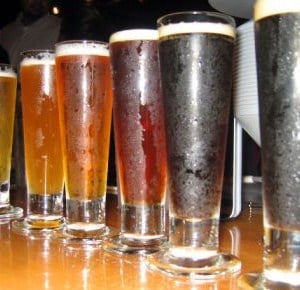 Students in one Ryerson University residence may be held collectively responsible for damage incurred at an out-of-control party last month. The university was stuck with a $4,000 cleaning bill, that included clearing broken glass and deep cleaning vomit from carpets, after the Feb 2 party on the sixth floor of Pitman Hall.

Student housing manager Chad Nuttall says that bill may be charged collectively to all students on the floor and that guest privileges may also be limited or revoked. “We’re really hoping that people come forward with information so that we can assign the bill to the appropriate people,” he told the Canadian Press.

Similary, the University of Toronto closed down the common room in St. Hilda’s residence after a party that also took place in early February. Student Suzie Marchelewicz, told the Canadian Press that five bathroom windows and a hall mirror were damaged, as well as a bathroom door. “I was kind of annoyed — they’re not the ones who end up paying for it because they usually don’t get caught,” she said.

One Ryerson student attributes the damage to students reacting to oppressive rules in residence. “People learn more if they’re supported by the environment they’re in instead of policed,” the student said.

Photo: by i be GINZ