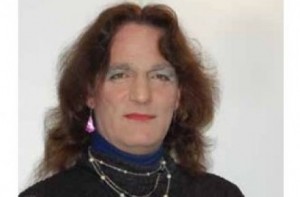 Northwest Territories’ Finance Minister Michael Miltenberger is facing a human rights complaint for allegedly telling a transsexual student at Aurora College that she should leave the school because she had “spooked the Governor General.”

Gabrielle Landrie told CBC News that she was standing near a computer lab with a friend on Dec. 9, wearing a dress, when Minister Miltenberger made the comment and asked her to leave. She says she was later told that the Governor General’s route had been changed to avoid her.

Although she had initially agreed to leave, she says she decided against it as she had homework left to complete. She was asked to leave again by Miltenberger.

The Governor General’s Office says it did re-route David Johnston’s exit from the building, but for different reasons than Landrie suggested. Miltenberger has not commented publicly.

Transsexual people are those whose genders do not match their biological sexes.

Landrie was featured in a pamphlet called Know Your Rights by the Yukon and Northwest Territories human rights commissions. In it, she explains, “I was born a man. But I have always felt like a woman. Sometimes I dress like a woman. Doctors are helping me to change into a woman. People often find it hard to accept transgendered people. It’s normal for people to be afraid of what they don’t understand. By sharing my story, I hope that people will accept us for who we are.”