Sometimes it’s not easy for UBC Okanagan—UBC’s Kelowna-area campus—to fight conceptions of being a middling rural college (as it was before it was taken over in 2004). The school 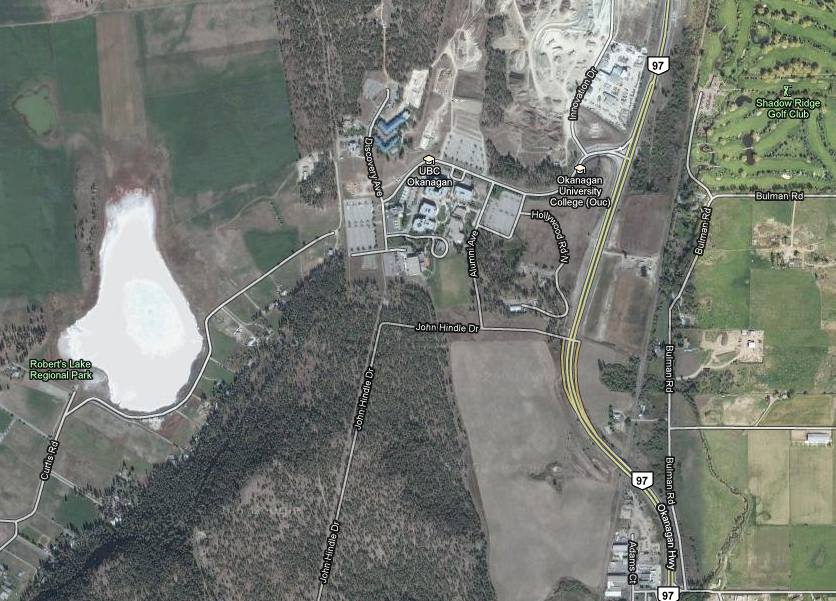 has over 5,000 students, a burgeoning research and graduate program, and doubled in physical size last month.

Yet, there have been a grand total of two stories from UBC-O that have gotten national coverage this summer. One is about a “Petey the Peacock,” a rogue bird that showed up out of nowhere to suddenly patrol campus and delight students, only to be removed by the administration.

And the other is about how them Duke Boys keep driving them fancy mopeds down old man Peterson’s private dirt road on the way to school, infuriating the townsfolk!

That last sentence is only partially incorrect. Really.

A group of farm owners have launched a suit against UBC, asking the BC Supreme Court to bar students from using their road, which they argue they have full control over. Earlier this year, they erected a fence to stop the cycling scourge, but the university got an injunction against the fence, contending that they have been bequeathed access to the road by the province.

Andrew Bates, Editor-in-Chief of the UBCO Phoenix newspaper, wrote a great feature on the decade-old squabble earlier this year. The issue stems from the fact that thousands more students attending UBC-O then they did when it was known as “Okanagan University College,” and the only way for bicyclists to get to campus without going on the highway is the dirt road.

In this debate, private land owners certainly have a point. But so to do students. Discerning viewers of the map attached (click to enlarge) will note that UBC-Okanagan is surrounded by a) a highway, b) farmland, c) golf courses, and d) more farmland. Bus service to the university is still sub-par, owing to its relatively rural location. So sustainable transportation isn’t exactly easy, and while residents can say “not in my back farm” all they want, UBC seemingly does have legal right to use the road, and for lack of better alternatives, one imagines the road will continue to be used for some time.

Ultimately, the university will probably be involved in developing a compromise, and it isn’t far-fetched to think that it will come from the 236 acres of land they purchased next to its academic lands. But the story is a reminder that UBC would prefer that good roads, rather than fences, define its relationship with its neighbours—both in Kelowna and Vancouver.