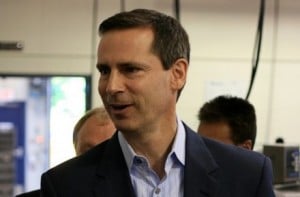 Voters in Ontario, Manitoba and P.E.I. have re-affirmed their provincial governments—and all three of those governments ran on more student-friendly platforms than their main competitors.

Dalton McGuinty’s Ontario Liberals won a third term Thursday, but were one seat shy of a majority government. McGuinty got 53 seats, the Progressive Conservatives under Tim Hudak got 37 and the New Democrats under Andrea Horwath got 17. The leaders achieved, respectively, 38, 35 and 23 per cent of the vote.

McGuinty’s Liberals poured funding into universities over the past two terms, although they promised no extra base funding this time around. That’s unsurprising considering Ontario’s $15-billion deficit. What they did promise for students is the introduction of a new grant in January that will reduce tuition for full-time college and undergraduate students by approximately 30 per cent, so long as their families’ household incomes are less than $160,000. The Progressive Conservatives promised no such grants. The Ontario Undergraduate Student Alliance was quick to congratulate McGuinty on his win.

Though it may never be known how many students voted, one thing is clear: voter turnout was down sharply, to 49 per cent according to Elections Ontario. That’s the lowest it’s been since 1975.

Prince Edward Island’s voter turnout on Monday was down too, at 77 per cent. That may seem high in contrast to Ontario’s, but it may also be the lowest ever in island history, says CBC News.

Like in Ontario, the candidate who promised more relief for students won the day. Liberal Premier Robert Ghiz was re-elected with 22 of the province’s 27 ridings. Olive Crane’s PCs only five. Ghiz’s promise to students is the elimination of the interest on the provincial portion of student loans. The vote was split 51 per cent in Ghiz’s favour and 40 per cent in Crane’s favour.

It was a similarly student-friendly outcome in Manitoba on Oct. 4, where Premier Greg Selinger won 37 seats, the largest majority in Manitoban history and the fourth in a row for the NDP. The PCs won 19 seats under leader Hugh McFadyen. The Liberals got only one. Unlike McFadyen, Selinger has committed to funding increases for universities and to a continued university tuition freeze.

Much like in the other provinces, Selinger’s win was dramatic in terms of seat count, but not in terms of popular vote. He achieved 46 per cent of the vote. McFadyen wasn’t far behind with 44 per cent.

Elections Manitoba says voter turnout was 57 per cent, almost unchanged from in 2007.

And provincial election season isn’t over yet. Newfoundland residents will vote on Oct. 11. Saskatchewan goes to the polls on Nov. 7. Read Maclean’s On Campus for more on those races next week.