Voyeur reported in washroom at York

Male suspect had phone in his hand 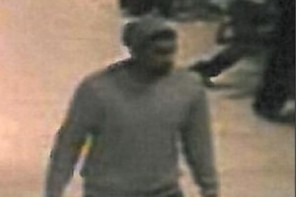 Toronto police are looking for a man after several women reported seeing a male lurking in washrooms at York University over the past week.

Police say that on Jan. 9, at 6:05 p.m. two women in a washroom stall at Curtis Lecture Hall noticed a man reach under the stall they were in, holding a cellular phone. The man then fled. The next day at 8:30 p.m., a different woman walked into a washroom at Curtis Hall and saw a man looking over a stall. He fled once more.

The suspect is described as brown skinned, aged 20 to 25 years old, 5’8″ to 5’9″ high with a thin face and chinstrap beard, dark eyes and black hair. He was last seen wearing a grey knitted sweater, blue jeans, grey shiny sneakers with two straps and a grey toque.