What students are talking about today (December 18th) 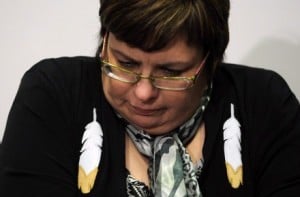 1. You’ve seen the #IdleNoMore hashtag all over Twitter, but do you know what it’s all about? Wab Kinew, Director of Indigenous Inclusion at the University of Winnipeg, offers his take in The Huffington Post. “It is a loosely knit political movement encompassing rallies drawing thousands of people across dozens of cities, road blocks, a shoving match on Parliament hill between Chiefs and mounties and one high profile hunger strike,” he writes. The hunger striker is Chief Theresa Spence of Attawapiskat in northern Ontario. Kinew explains where the meme started and says the movement is about engaging youth, finding meaning, rights, the environment and democracy. His summary is worth reading. Also worth reading is The Charlatan‘s coverage of Carleton University’s panel discussion on the Indian Act with the Assembly of First Nations.

2. A lot of Canadians are deleting their Instagram accounts. The addictive photo-sharing service has changed its terms of service to allow it to sell users photos and data. “…you agree that a business or other entity may pay us to display your username, likeness, photos (along with any associated metadata), and/or actions you take, in connection with paid or sponsored content or promotions, without any compensation to you,” reads the new terms. The Guardian says it will give a boost to Yahoo-owned Flickr, which just launched a mobile app that doesn’t sell your photos.

4. The dark side of fraternities is in the news again. Twenty-two fraternity members at Northern Illinois University were charged Monday after a freshman was found dead at their fraternity house with a blood-alcohol content five times the legal limit to drive. “The event that night involved the pledges rotating between several rooms in the fraternity house, being asked a series of questions, and then being provided cups of vodka and other liquor to drink,” police said in a statement. Meanwhile, a student at an Oklahoma State University fraternity is accused of committing more than 10 sexual assaults on his fraternity brothers, and police at the University of Kansas charged fraternity members with animal abuse after they hurt a turkey at a party.

5. The University of Toronto Magazine is asking the seemingly simple question: “In a federal election, why does a vote from Charlottetown count for more than one from Markham?” They point out that a Member of Parliament for Oak Ridges-Markham, just north of Toronto, represents more than six times as many people as the MP for Charlottetown, P.E.I. Adding to the unfairness is that 42 per cent of the Markham riding’s residents are visible minorities, compared to three per cent in Charlottetown. Matthew Mendelsohn, the director of U of T’s Mowat Centre, explains where the imbalances come from, including constitutional history, uneven population growth and politics.