What students are talking about today (November 9th edition) 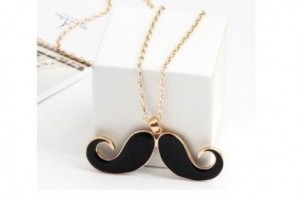 1. Four Kwantlen University students are fulfilling their business degree requirements and raising money for prostate cancer research by selling Movember-themed jewelery. Their mo necklaces, sold online, are so popular that they ran out at one point, reports the Vancouver Sun. Movember is an annual mustache-growing fundraiser.

2. Just in time for Remembrance Day on Sunday, librarians in McMaster University’s special collections discovered several poppies preserved in the travel diary of a soldier’s wife. Librarian Wade Wyckoff told Metro that he believes the petals originated from Flanders fields, that famous World War One graveyard where the poppies grow, between the crosses, row on row.

3. If you’re on Instagram, there’s a new reason to be concerned about your privacy. The social photo sharing site has done you the favour of putting all of your photos on the web. They’re at Instagram.com/your username. Users can turn off the profiles through their mobile devices.

4. Fox News wants you to know that Obama is a cry-baby. He wiped away tears as he thanked campaign staff in Chicago on Wednesday. Others might see this as a normal human reaction.

5. Calgary sports radio host Dean “Boomer” Molberg has apologized for saying he wanted a plane carrying Saskatchewan Roughriders football players to crash, but Sportsnet 960 The FAN suspended him anyway will make a donation to a charity of the Roughriders’ choice.

6. A reporter for The Cadre at the University of Prince Edward Island has done a semi-scientific study on how many people are staring down at their phones while walking to class. Of the 160 people he watched, 32—roughly 20 per cent—had their eyes glued to screens.

7. A Queen’s University senator says it’s wrong for the university to allow commercial advertising outside classrooms. (It’s already banned inside classrooms.) The ads in question are gigantic banners from Target, as well as ads by Apple and Bell. The university says it will work on a policy.

8. A student in Alabama has been charged with killing four cats on and near campus. Yikes.

9. In nearby Georgia, some voters were angered when the singer Usher was ushered to the front of the line at a polling place. TV station WSBTV reported that others had waited 45 minutes to vote.

10. Tonight is the premiere of Skyfall, which is the best James Bond yet according to Maclean’s film writer Brian D. Johnson. On his blog, he explains his reasoning, including the fact that “Craig is the first actor to really wrestle with the tormented psychology of the character [Ian] Fleming created.”