What students are talking about today (October 18th edition) 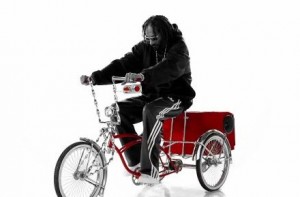 1.Snoop Dog (Snoop Lion?) is now endorsing that gooey microwavable student staple known as Hot Pockets. In a video advertisement that already has three million views, he’s reworked his 2004 hit “Drop It Like It’s Hot” into “Pockets Like It’s Hot.” He may be a sellout, but that bicycle with a microwave attached is a wicked idea.

2. Speaking of ridiculous advertisements, Anne Kingston tears apart Brad Pitt’s new commercial, in which he says: “It’s not a journey. Every journey ends, but we go on. The world turns, and we turn with it. Plans disappear, dreams take over. But wherever I go, there you are, my luck, my fate, my fortune. Chanel No. 5, inevitable.” Uhhh… What?

3. In an interview with the University of Regina’s Carillon, NDP leader Thomas Mulcair said some notable things. His assertion that “the average student finishes university with over $40,000 in debt,” doesn’t match any estimate I’ve seen. (Even the debt warriors at the Canadian Federation of Students peg the average at $27,000.) He also says youth are mostly concerned about the environment. “Most young people are a little bit less concerned about the economics, except for the fact that they realize that consistent failure to invest in post-secondary education is playing tricks on them,” he added, suggesting the federal government “get back to the level of [PSE] funding that we saw before the 1990s, before the Liberals started downloading to the provinces.”

5. An elk near 100 Mile House, B.C. has been getting down with farmer Greg Messner’s cows. “Last year, he was just hanging around again for a couple of weeks and not really doing anything, just hanging around and looking at the cows. This year, he decided to go for it,” Messner told The Canadian Press. “If you were there watching, it would be an X-rated movie. Several times a day.”

6. Roger Martin, the famous University of Toronto business school dean, is stepping down one year before the end of his term after 14 years of the job. He intends to continue working at Rotman.

7. The Argosy at Mount Allison University in Sackville, N.B. is reporting on the shortage of study space. In the past year, school papers have noted this problem in Ontario and Alberta too.

8. This sounds fun. A University of Alberta textiles and clothing researcher is looking for volunteers to test out how jeans wear in the wash in exchange for $100 grocery-store gift cards.

9. It’s almost Halloween and one student says women shouldn’t be spooked by provocative costumes: “When a woman decides to show her love for cheerleading while showing off her gorgeous gams she gets nothing but smack talk from other women,” writes Marina Glassford. “Halloween is supposed to be about expressing yourself, and if that means pulling out the fishnets and garters, then so be it.”

10. The day after Halloween is the first day of Movember, the global prostate cancer fundraiser. Guys across Canada are already building teams and figuring out which style of stache to grow.