What students are talking about today (October 5 edition) 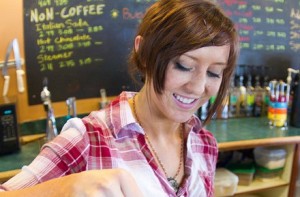 Happy to be employed (Symic/Flickr)

1. Canada added 52,100 jobs in September, which is not bad at all. The unemployment rate edged up to 7.4 per cent, but only because more people were looking for work. The job gains were concentrated in Ontario, Quebec and Manitoba. Men, whose prospects had diminished most during the 2009 recession, did well too. Also good news: the U.S. unemployment rate fell to 7.8 per cent after 114,000 jobs were added in September.

2. Police in London, Ont. have arrested Bradley Priestap, 47, who they suspect committed a series of crimes near Western University. The suspect has a history of other convictions. He faces 17 counts, including trespassing and breaking and entering to commit voyeurism.

3. The Ontario government is considering an overhaul in post-secondary education and one of the ideas floated is three-year degrees. Many observers were quick to oppose the idea, but Ontario’s colleges say they would be happy to provide them. See their argument here.

3. It’s the 50th anniversary of the release of “Love Me Do,” the song that launched The Beatles.

4. Today’s big hit, Psy’s Gangnam Style, appears to be having a strong impact on the brains of developing children. This toddler refuses to eat unless the music video is playing.

5. Philippe Rushton, a Western University professor who was widely considered a racist, has died at the age of 68. He gained worldwide attention in the 1980s for his theory that measuring brains could somehow prove Caucasian and Asian people were more intelligent than Africans. Despite widespread calls for his resignation, the university defended his right to academic freedom.

7. More than one-third of U.S. admissions officers say that something they found on Google or Facebook negatively affected an applicant’s chance of admission. It’s not known whether Canadian admissions officers check out your online presence, but you can be sure that employers do.

8. The British Columbia Teacher’s Federation is under fire for a pamphlet it published entitled “What we stand to lose with pipelines and supertankers.” It comes during a highly-politicized debate over the Northern Gateway Pipeline. Vancouver School Board trustee Ken Denicke told National Post that he believes the materials are one-sided propaganda. BCTF defends the pamphlets.

9. The Supreme Court of Canada has ruled that people with low levels of HIV who use condoms during sex do not need to disclose their condition to sexual partners. It was a unanimous ruling that updated a 1998 decision that made it a crime for HIV carriers to not reveal their status.

10. Justin Trudeau has managed to stretch his leadership announcement into more than a week of headlines, but the Maclean’s out today has the deepest coverage. In an interview, the would-be leader told Maclean’s, “Why am I doing this? Because I can, not because I want to. Because I must.”