What students are talking about today (Sept. 19 edition) 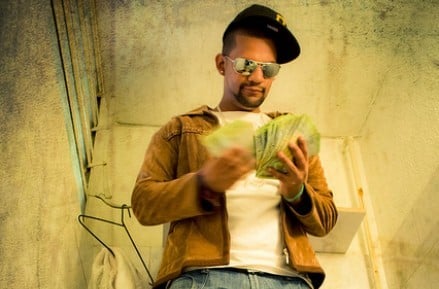 1. Maclean’s has explored the Rich Kids of Instragram phenomenon where “recent not-so-humblebrags include a snapshot of a $42,000 bar tab (hashtagged “Balliinnn’ #bottles #alcohol #rkoi #richass #cashmoney”) and a pose in front of a sleek yacht (“How else do u expect to get around in the Hamptons??”).” Apparently there are all kinds of legal issues—and you know these kids have got good lawyers. Tweeters beware.

2. New data from Statistics Canada shows that 4.3 million Canadian 20-somethings had either never left their parents’ home or had moved back in during the 2011 Census count. That’s 42 per cent of the total, which is far above the 32 per cent who lived with their parents in 1991. Statistics Canada says cultural differences, school and the cost of living help explain the shift.

4. Santa has quit smoking, at least in one version of the 200-year-old poem Twas The Night Before Christmas. A Canadian publisher deleted his famous pipe from both the text and illustrations. Ann Curry, an expert in censorship in children’s books at the University of Alberta called the editing “dreadful.” I have to side with Curry. What’s next? Frosty the Snowman’s corncob pipe?

5. Graduates in Ontario who choose to work at eligible non-profit sector jobs will now get year-long grace periods during which they don’t need to pay back student loans or interest.

6. The University of Waterloo says a female student was assaulted by two men on Sept. 17.

7. Berkeley, California, that bastion of left-coast thought, has become what is thought to be the first U.S. city to officially proclaim a day recognizing bisexual pride. Get ready guys,  it’s Sept. 23.

8. The AfterMath Socialhouse, a pub at the University of the Fraser Valley, has created a study section that should prove very popular during midterms, considering the library’s no-beer rule. The new study area includes power bars, a deeper counter for laptops and some whiteboards.

9. Concordia’s new president says the university won’t go ahead with the Code of Rights and Responsibilities complaints it made during the anti-tuition protests when students blocked classmates from attending school even though the university remained open. “It is time for our community to turn the page and focus on the future together,” wrote Alan Shepard on Tuesday.

10. The University of British Columbia is one of 17 universities that have joined Coursera, the U.S. company that helps universities offer non-credit courses free of charge to anyone with an Internet connection. In spring 2013, UBC will pilot three non-credit courses: “Useful Genetics” with Prof. Rosie Redfield, “Computer Science Problem Design” with Prof. Gregor Kiczales and “Climate Literacy: Navigating Climate Conversations” with Sarah Burch and Tom-Pierre Frappé-Sénéclauze.