Where do Canada's math geniuses go? 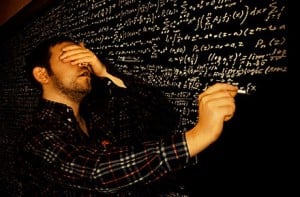 Each year, thousands of math geniuses from hundreds of North American universities compete in the William Lowell Putnam Mathematics Competition, a six-hour test.

It’s one of the most prestigious—and lucrative—in the world. The winning team gets $25,000. The winning individual gets a scholarship to Harvard.

But there are two Canadian schools whose students consistently do well too. The University of Toronto and The University of Waterloo each have 18 team titles and top five placements (Queen’s is next in Canada, with three). Waterloo’s wins are particularly impressive, considering the Putnam competition predates its birth in 1957 by a few decades. But those aren’t the only two Canadian schools to do well recently.

Here’s how our schools stacked up over the past five years.