Who should teach teenagers about drinking?

Universities and parents have a duty to educate 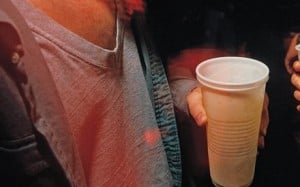 From the editors of Maclean’s

Some predictions can be made with absolute certainty. The tides will shift. The sun will rise. And young university students will drink to excess.

From Tom Brown’s Schooldays to Animal House, exuberant drinking by underage students has long been a part of the experience of going away to school. Realistically, there is little society can do to change this fact of life. But what can we all do to cut down on the harm it may cause?

Last week, Canada’s university community was shocked by an orientation-week death at Acadia University in Wolfville, N.S. A first-year student from Calgary, just 19 years old, was found unconscious in a basement dorm room at the school suffering from severe alcohol poisoning. He later died in hospital. Fellow students told reporters he’d been playing a competitive drinking game called “flip cup” and had consumed an estimated 40 ounces of alcohol during the night.

This follows two student deaths at Queen’s University in Kingston, Ont., last year that the provincial coroner’s office attributed, in part, to a “culture of drinking on campus.” Both men, aged 18 and 19, fell to their deaths after drinking, one from a residence window, the other from the roof of a library.

The accidental death of a son or daughter is an unimaginable tragedy. But the death of a freshman student during their first few weeks away from home seems particularly difficult for any mother or father. While a university can never become a surrogate parent, it is nonetheless expected that campus residences will be a sufficiently safe place for teenaged students to live as they make their final strides to adulthood.

The recent deaths thus raise two difficult questions: who bears responsibility for instructing teenagers in the risks of alcohol abuse; and how should schools deal with students’ inevitable desire to party.

The obvious place to begin educating about alcohol is at home, as it is with most other topics. Someone needs to let every teenager know that drinking 40 ounces of alcohol in one night is reckless and dangerous behaviour, and parents are the obvious candidates. A full and frank discussion on drinking and its consequences is as necessary before heading off to school as packing sufficient underwear and pens.

In fact, many parents believe monitored underage drinking at home is the best way to teach teens about learning your limits. Depending on the situation and teen involved, this may make considerable sense, and be entirely legal. Of course there are serious risks to this sort of parental permissiveness as well. This month, an Orillia, Ont., mother found herself facing criminal charges in New York for providing alcohol to her 14-year-old son. After being served a few beers by his mother while camping, he wandered off at night and drowned.

As for universities, most now recognize an important obligation to protect the youngest students from their wildest instincts, at least during those first few days away from home. The initial week of school was once a time of unremitting partying. Today many universities have banned alcohol entirely from campus during this time. Most have also changed the name from frosh week to orientation week to make this distinction clear.

Going further, some forward-thinking universities have declared first-year residences to be dry throughout orientation week. The University of Guelph has had such a policy in place for the past two years. Where kids once showed up at university residence with a case of beer among their luggage, Brenda Whiteside, assistant vice-president for student affairs at Guelph, says those days are now over. The new week-long regime “sends a strong message about creating a new culture in our residences,” she says. During orientation week at Acadia, on-campus activities were alcohol-free, but the residences were not, as the flip cup games attest.

It seems reasonable that every Canadian university should set an appropriate tone for the school year by eliminating alcohol from first-year residences during orientation week. And some schools should be encouraged to experiment with the more drastic step of banning alcohol entirely from all first-year residences—particularly given that a large number of those students will be underage. This might even become a marketing advantage, at least from the perspective of nervous parents.

University students will drink, and it is naive to ignore this fact. But parents and universities—and the students themselves, who have an equal responsibility to look out for one another—must find ways to make our campuses safer, regardless of life’s inevitabilities.