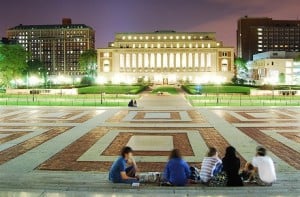 Forbes has compiled its annual list of the Top 10 Most Expensive Colleges in America. The winner (uh, winner?) is Sarah Lawrence College, a 1,300-person institution in Yonkers N.Y., which costs $58,334 per year. So what exactly are students getting for their $240,000 degrees? “In practically all cases, our classes are seminars with an average head count of 12 students,” Thomas Blum, vice president for administration, told Forbes. It’s also noted that their small size means a small endowment, making it difficult to keep classes so intimate without charging more.

Every school on the list topped $40,000 in tuition, but that’s a bit deceiving considering most schools give out large amounts of student aid to most students. For example, the second most-expensive school is the University of Chicago, which gives out an average of $27,460 per student to nearly two-thirds of the student body. An exception is the New School for Design, which offers little aid, but still manages to attract students willing to pay $57,199 to study where Donna Karan did.

Curiously, Columbia University in New York, at No. 5, is the only Ivy League school on the list.