Three students complete a group assignment. One cheats. Should they all be punished? 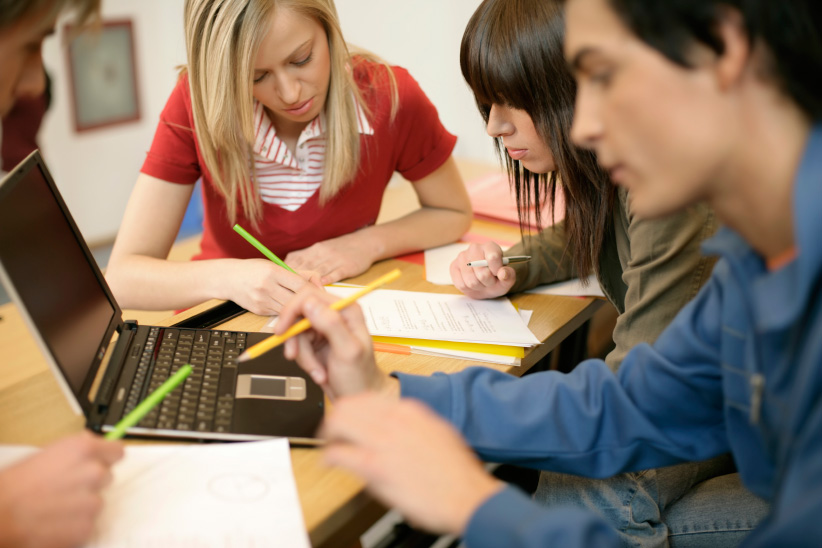 If one group member plagiarizes, should the rest of the team bear some of the blame?

A couple of years ago, four University of Alberta finance students accused of plagiarizing their group project waited in the hallway outside their department chair’s door. They knew they had been caught, but they hoped to spare the entire group from punishment. So they negotiated between them over who should take the fall.

Two of the chosen innocent then tried to lie their way out of the cheating allegations. It didn’t work. Not only did their stories fail to line up, but also a staffer overheard them talking about their plan. “It was ridiculous,” remembers Elaine Geddes, associate dean for undergraduates at the Alberta School of Business. “So I punished them all.”

While the entire team was to blame on this occasion, that’s not always the case. As universities encourage more group work, innocent students sometimes get caught in the crossfire when a teammate commits plagiarism. In those cases—which happen increasingly often as anti-plagiarism software gets better—should the innocent still be punished?

“It’s tricky,” says Tricia Bertram Gallant, an executive board member with the International Center for Academic Integrity (ICAI), which counts 24 Canadian post-secondary schools among its membership. “There’s that feeling of if the other students didn’t know, should they be held responsible? But at the same time, we’re trying to teach the realities of the world, which is if you put your name on something, you’re guaranteeing you know what’s in there.”

Some schools are trying to grapple with the problem by finding a middle ground. Université Laval changed its disciplinary guidelines last year so that students caught plagiarizing don’t automatically fail an assignment. Instead, each case will be assessed on its own to determine if the punishment should be less (or perhaps more) severe.

“There was a presumption that if you were part of a team, and someone had plagiarized, you were also accused of plagiarism,” says Monique Richer, secretary general of Université Laval. “So we modified our regulations to take that into account and make sure those who did not plagiarize could redo their part of the work.”

Université de Sherbrooke, meanwhile, addresses the matter in its materials on plagiarism. In one example, a group of three is caught plagiarizing part of an assignment, but two of the students maintain the third person is responsible. So should all three be subject to punishment? Yes.

“If any member of a team engages in plagiarism, all team members can be penalized, since each member shares responsibility for verifying the integrity of an assignment before it is handed in to the teacher,” it writes. “The same principle of verifying integrity also applies to academic articles with multiple authors.”

Gallant is of the mindset that those students who didn’t plagiarize should still face some sort of punishment. “Maybe the person who plagiarized gets a different sanction than those who were just complicit,” she says. “But when you write a collaborative piece, it’s supposed to be collaborative.”

Francine Vachon tries to avoid allowing this kind of scenario to ever reach her desk. An associate professor of information systems at Brock University’s Goodman School of Business, she asks her students to run group work through plagiarism detection software like Turnitin before delivering the final product to her. “If they find out a whole page was plagiarized, they all find out before they submit it and deal with the part not done properly,” she says.

Gallant, an ICAI board member, isn’t so sure of this approach, as students could simply discover the problematic text and rewrite certain sentences with synonyms until the paper passes the plagiarism detector.
But amid the uncertainty of whom to punish and what sanctions to impose, there is at least one constant in plagiarism, says Geddes: “Everybody is sorry when they get caught.”

Serial Scofflaws
The top 15 programs where students admit cheating on four or more occasions, across all universities