University of British Columbia apologizes for role in residential schools 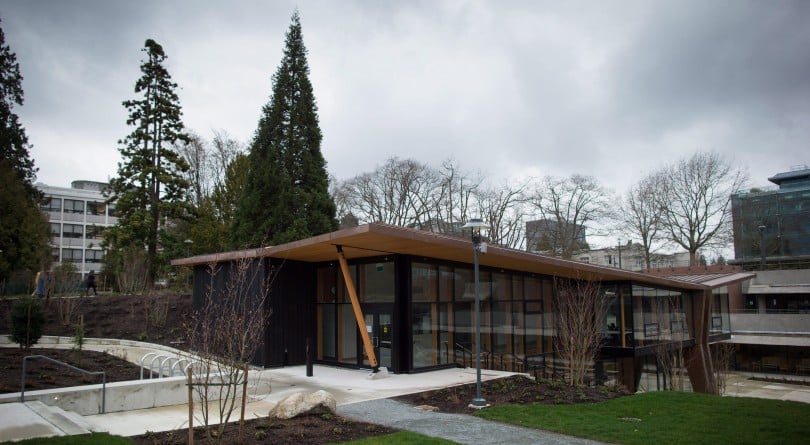 On April 9, the University of British Columbia opened its Indian Residential School History and Dialogue Centre, a $5.5-million facility that will house records collected by the Truth and Reconciliation Commission. The centre will allow survivors, their families, researchers and the general public to access the maps, photos, survivor accounts and other documents while also facilitating discussion. In his opening remarks, UBC president Santa Ono apologized for the school’s role in perpetuating the residential school system. This is what he said:

I begin today by acknowledging the history of the Indian residential schools, a system that caused harm for more than a century. On behalf of the university, I apologize to all of you who are survivors of the residential schools, to your families and communities, and to all Indigenous people for the role that this university played in perpetuating that system. We apologize for the actions and inaction of our predecessors, and renew our commitment to working with you for a more just and equitable future, her in British Columbia as well as in Canada. There are many aspects to the work we must do, and today we are here to acknowledge one of them: the public opening of the Indian Residential School History and Dialogue Centre. This centre represents a commitment on the part of this university to address the history of the schools that did so much harm, for so many people.

I will speak more about this centre in a few minutes, but first I want to offer some further thoughts to you, and especially for my colleagues here at UBC and at other institutions, as to why this apology is so necessary. The Indian residential schools operated for more than a century as a partnership between the Canadian government and major churches, with the last school closing only in 1996. For much of that time, Indigenous children were forcibly removed to schools that sought to break their ties to their families, to their communities, and to the very essence of their culture. Many spent their entire childhoods in the schools and many died in those schools. The mortality rates at some schools at times surpassed 60%. Most suffered emotional or mental abuse, and many suffered physical and sexual abuse. Those who survived often left feeling distraught, alienated, and understandably angry. With no or limited experience of family life, and no means to address the trauma they had experienced, many transmitted the abuse they had endured to later generations. Nearly every Indigenous family in Canada has been affected, and the effects on communities are still with us today.

In June 2008, Prime Minister Stephen Harper apologized in Parliament to the Aboriginal people of Canada for the Indian residential schools and the damage they created. Even so, few Canadians are aware of this history or its lasting harmful effects.

Their ignorance is no accident. Expressions of Aboriginal culture were banned by Canadian law from 1885 to 1951, and only recently has significant attention been given to Aboriginal history, experience, and perspectives in school curricula at any educational level.

Universities bear part of the responsibility for this history, not only for having trained many of the policy makers and administrators who operated the residential school system, and doing so little to address the exclusion from higher education that the schools so effectively created, but also for tacitly accepting the silence surrounding it. In years past, even after the signing of human rights declarations and ethics agreements that followed World War II, university professors conducted research on the residential schools that exploited their deplorable conditions without attempting to change them.

In modern times, the continuing failure to address this history has meant that the previous ways of thinking—or of not thinking—about the residential school system have remained largely intact. You see, failing to confront a heinous history, even if it is one that we did not cause, is to become complicit in its perpetuation. This is not a result that we, as a university, can accept.

That is why, today, on behalf of the UBC community, I apologize to you who were so affected by that system—for our participation in a system that has oppressed you, excluded you, and that, through intention or inaction, continues to cause offense.

In making this apology, we have sought to understand the depth of our involvement, and the nature of the actions we commit to today. Some of my colleagues may note that the major part of the oppression and offense of the Indian residential school system occurred generations ago, and thus predate the UBC community of today. And they may ask: are we—can we be—guilty for wrongs we did not personally commit?

This very question is something we’ve thought about quite a bit. It is pursued in an insightful book, On Apology, published in 2005 by Aaron Lazare, Emeritus Chancellor and Dean, and Emeritus Professor of Psychiatry, at the University of Massachusetts Medical School. His answer is twofold: First, people are not guilty for actions in which they did not participate. But just as people take pride in things for which they had no responsibility (such as famous ancestors, national championships of their sports teams, and great accomplishments of their nation), so, too, must these people accept the shame (perhaps not guilt) of their family, their athletic teams, and their nations. Accepting national pride must include national shame when one’s country has not measured up to reasonable standards. This accountability is what we mean when we speak of having a national identity, or a sense of national belonging, or a national soul.

Though Professor Lazare’s argument is framed around family ancestors, sports teams, and nation states, it applies with equal force to educational institutions. If you take pride in being associated with UBC, as I do, then together we must accept the responsibility to acknowledge our predecessors’ failure to stop the residential school system—an act that could have reduced, perhaps even prevented, the damage done to generations of Aboriginal children and communities. While we cannot rewrite this history, we must not deny it either. It is our history to own and learn from.

According to Professor Lazare: “A second and related rationale for people apologizing for actions they did not directly commit is that these people have profited from these actions. Imperialistic acquisition of land and the use of slave labor by a nation, for example, may continue to benefit future generations of citizens. Such beneficiaries, while not guilty, may feel a moral responsibility to those who suffered as a result of that offense.” Such beneficiaries includes us, the modern-day community of UBC. In recent years, it has become increasingly common at Canadian universities to open events by acknowledging the traditional territory of the Indigenous community in the area. Here at UBC’s Vancouver campus, we acknowledge that we are on the traditional ancestral and unceded territory of the Musqueam people. People don’t always understand why we do this, and some worry that this acknowledgement may be more of a formality than the expression of a deeper commitment.

Toward the end of the 20th century, these circumstances began to change. More Indigenous students have come to this university, and different kinds of relationships began to evolve with Musqueam and other communities.

As I stated earlier, that part of the responsibility that UBC bears for residential school history is in tacitly accepting the silence surrounding it. Let that silence be broken forever, and the ground on which willful ignorance once stood, let that be cut away.

Many programs, concentrations, and initiatives throughout the university are now breaking that silence. And here, in this place, the Indian Residential School History and Dialogue Centre has been built with several aims in mind. One is to offer an accessible venue on the West Coast for former residential school students and survivors, their families, friends, and communities to access their personal and community records and other materials gathered by Truth and Reconciliation Commission, the University of British Columbia, and other organizations.

Another aim is to provide public information to anyone who visits the centre in person or accesses its resources online. It is still very much the case that many individuals have limited knowledge of Indigenous people or the history of their interactions with other cultures. We have consistently found, however, that with even introductory information about the residential schools and related matters, people are in a better position to begin the process of rethinking their relationships with Indigenous people and the issues that have shaped Canada.

A third purpose of the centre is to promote dialogue. Conversations are already underway among Indigenous and university leaders that focus on such fundamental issues as Indigenous health, economic development, language, and community resiliency, and the establishment of collaborative research relationships that repair the damage of past practices. The breadth and depth of future conversations will increase at the centre every day, every month, every year, as it becomes fully operational. In addition to serving these purposes, the centre stands for three of UBC’s core commitments: to improve access for Indigenous people to higher education, to develop new courses and programming that will enable our faculty and students to better understand issues of importance to Aboriginal communities, and to build collaborative relationships that work to the benefit of communities rather than their detriment. We welcome your advice, your support, and participation in honouring these commitments and helping us fulfill the promise of the Indian Residential School History and Dialogue Centre.

In closing, I want to note that, while the Centre is a major commitment on the part of the university to acknowledge the history of the Indian residential schools and will be an important place to undertake the work of rethinking our actions and relations, it is by no means the only place, or the only commitment, we will make. For many years, and certainly since the adoption of the 2009 Aboriginal Strategic Plan, many initiatives, large and small, across our campuses, have advanced our work every day. Today, our commitment is renewed in the new Inspire strategic plan and the Indigenous Strategic Plan and the TRC Action Plan that are part of that.

Every action that anyone takes to move us forward is significant. There are always ways in which each one of us can act. We know, however, that even as we have worked towards these goals, we have made mistakes, and we cannot presume that we will not make any more mistakes in the future. Our commitment is to learn from our mistakes, and, together, to continue to move forward. Our commitment, as a university, and as a community of many members, must be strong, and must always result in meaningful action. That is our realization and it is our duty to act.

MORE ABOUT UNIVERSITY OF BRITISH COLUMBIA: