The best cheap lunch and more 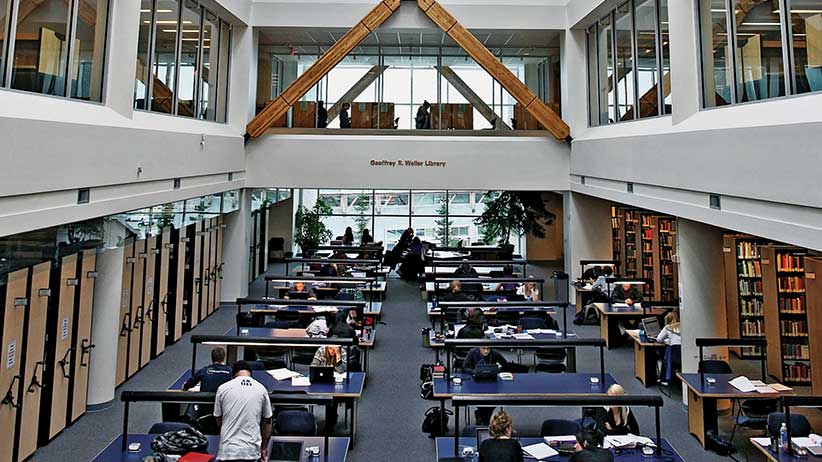 You know it’s a small university when your English professor says on the first day: “I want to know each of my students by name.” I didn’t expect to love UNBC. Even now, it’s hard to pinpoint exactly what makes this small yet mighty university so compelling. In Grade 12, my plan was to head east, preferably to Carleton or the University of Ottawa. It wasn’t until I started looking at specific classes offered by the universities that UNBC became a viable option.
The university is home to around 3,300 students. But what it lacks in population, it compensates for with the passion of its students—if the number of campus clubs is any indication. The tight-knit community helps make days of -25 Celsius weather bearable. It also helps that the campus is almost entirely connected by indoor passages and walkways.

UNBC is truly a global community, attracting faculty and students from all over the world. It also encourages its students to learn abroad. Students’ wide-ranging passions are mirrored in the professors, who are a significant reason why I’m still here five years later. UNBC has given me the space to engage in interests I may never have pursued at a larger university. The relationships that I have formed are just the icing on the cake.

Extras
UNBC boasts a diverse range of clubs, including the DIY Club, the Debate Society and a Fencing Club.
In addition, the university is surrounded by walking and biking trails, perfect for blowing off steam after a long day of classes. A popular route is the 25-minute stroll to Shane Lake, situated right behind the university. Students will likely enjoy at least one bonfire at the lake during their time on campus.
For the more adventurous, Powder King Mountain Resort is a few hours away, but there are also two smaller ski hills and a cross-country ski club closer to town. And if you can’t make it to those locations, you can always build ski jumps down the hill from residence.

Local Vibe
Known as B.C.’s northern capital, Prince George is spread out, but has a few jewels nestled within the downtown core, such as the weekly indoor farmers’ market, quaint coffee shops and interesting restaurants. Despite its size (around 70,000 people), it manages to exude a small-town feel. It may not have the hustle and bustle of cities the size of Vancouver or Toronto, but if you want to go to a hockey game, museum or the symphony, stay in P.G.

The Skinny
A great website for things to do and see in Prince George is TakeOnPG.com.