University of Saskatchewan: student tips for surviving life on campus

The best bar, cheap lunch, place to nap and more 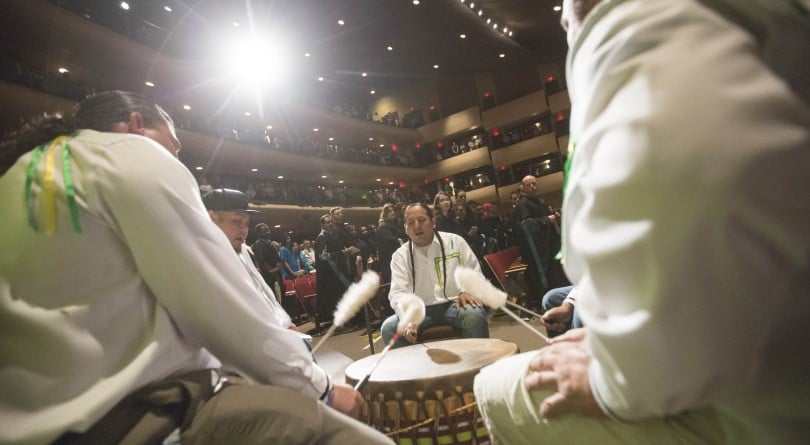 Unofficial school motto: ‘At least we don’t live in Regina’
Best place for a nap: The couches in the Sheaf (student newspaper) office
Best cheap lunch: The #1 special from Thien Vietnam
Best hangover breakfast: Eggs Benedict from the Park Café. The hash browns can cure anything.
Favourite campus food: $5 soup and a biscuit from the STM Choices Cafeteria
Favourite watering hole: The Hose and Hydrant
Where to live: Nutana wins for its community atmosphere and its proximity to campus. The fact that you’re only a few blocks away from the South Saskatchewan River is just a bonus.
Best place to study: The Leslie and Irene Dubé Health Sciences Library
Worst place to study: The ground floor of the Murray Library. Great for chatting with friends, awful for actually getting any work done.
Weirdest tradition: The ‘Ag Bag Drag,’ a notorious party put on by the College of Agriculture
Best campus event: The Graduation Powwow, held every spring to celebrate the achievements of Indigenous graduates at U of S and Saskatchewan high schools
Best giveaway: Free mini doughnuts during Welcome Week in September
Best live music venue: Amigos Cantina for local bands. The Broadway Theatre for the big acts.
Best spectator sport: University of Saskatchewan student union elections

The U of S is as diverse as the students that attend it. Although the university sometimes struggles to accommodate this diversity, there’s space for everyone if you look hard enough. U of S boasts over 130 campus clubs, ranging from the Nifty Knitters to intramural dodgeball to a club devoted to raising cacti.
Situated on Treaty Six territory and the homeland of the Metis, it’s worth noting that U of S has made serious strides toward Indigenous engagement. These include the completion of the Gordon Oakes Red Bear Student Centre, a gathering place designed to better serve the needs of First Nations, Metis and Inuit students.

It’s impossible to ignore the fact that the university was originally founded as an agricultural college. I mean, it’s literally impossible—the entire campus is surrounded by farmland and sometimes you’ll walk past cows on your way to class. That’s not a bad thing, though. The College of Agriculture and Bioresources is fantastic. As a lifelong Saskatchewan resident, I considered leaving to attend university somewhere bigger and flashier. But I’m sure glad that I decided to stay.

Extras
The University of Saskatchewan has one of the most beautiful campuses in the entire country. Although the stone buildings look like something out of Harry Potter, it’s the natural setting that’s really something special. U of S directly overlooks the South Saskatchewan River and the adjacent Meewasin Valley—talk about great views for studying! Students can even access hundreds of kilometres of hiking trails right from campus.

Local Vibe
With a population of approximately 270,000, Saskatoon somehow manages to feel both big and small—and I promise that’s a good thing. The local arts scene is built on DIY spaces, but also boasts world-class facilities like the new Remai Modern art museum. We have restaurants that incorporate cuisine from all over the world, but utilize local talent and ingredients. The city is close-knit enough to give a sense of community, but diverse enough for everyone to find their own space. In short, Saskatoon has room to grow—and for you to grow with it.

The Skinny
Between the Sheaf (thesheaf.com) and Planet S (planetsmag.com), you’ll have your Saskatoon news covered—both on and off campus.