For students of colour, racism can extinguish the excitement and opportunity of university. A graduate offers her experience. 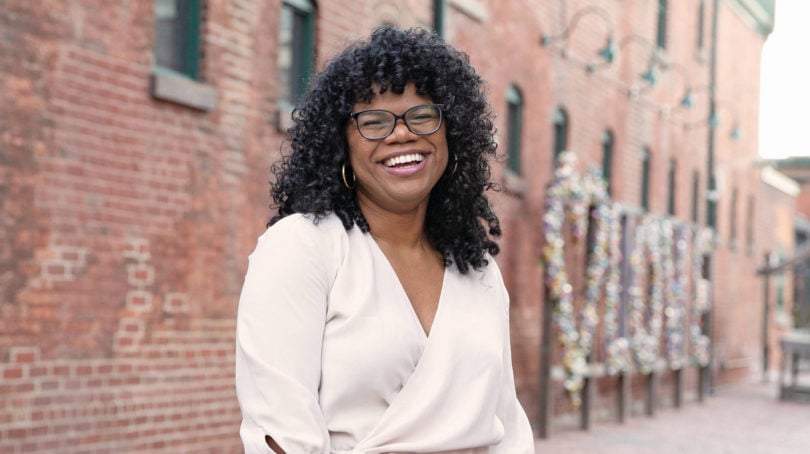 As a shy, booksmart teenager, I wanted to find a university where I could grow into my own person. For me, that was Western University in London, Ont., two hours away from my home in Toronto. But while my peers were excitedly preparing to go off to university, I was stressing over whether I’d fit in as a Black multiracial student at a predominantly white campus. Would I need to change who I was? Would I be treated differently? Would I make friends or be an outcast?

These were questions I was ashamed to ask for fear of sounding like a buzzkill. University was supposed to be a fun, carefree time—an 18-year-old wasn’t supposed to be worried about racial discrimination. Yet as move-in day inched closer, I heard more and more stories about the racism that people of colour experienced while at Western. The consensus was that being a person of colour at university is alienating and dehumanizing.

They were right. On- and off-campus, I was often the only Black person around, and I wasn’t allowed to forget it—in class, the seat beside me was always empty, no matter how full the room was; in the city, locals told me they hadn’t seen a lot of Black people around (and that my English was great). Everywhere, I was told I was funny, smart or pretty—for a Black girl. It could also get malicious. While out one night on Richmond Row, where locals and students congregate in bars and clubs, I was called the N-word; both on- and off-campus, I was told to go “back to your country” and threatened with physical violence. Though these incidents didn’t stop me from enjoying my time at Western—I made great friends, loved my courses and professors, and learned how to be strong and independent—I battled with difficulty concentrating, feeling anxious and depressed, and wanting to drop out.

When I reached out to Western for this story, Keith Marnoch, who was the director of media and community relations at the university at the time, responded in an email: “Western strongly condemns all forms of hate and racism.” Marnoch also wrote: “Racism can be about individual behaviour. However, there is very real systemic racism embedded in the fabric of our society that affects thoughts, choices and actions. We, at Western, have to acknowledge this truth before we can address racism on our campus in meaningful ways.”

In the six years since I’ve graduated, I’ve met students of colour across Canada and around the world who went to different universities and had similar experiences to mine. This is one of the reasons I wrote my memoir, They Said This Would Be Fun, about what it’s like to be a woman and student of colour on a university campus.

While race is part of mainstream discussions in a way that it wasn’t when I started undergrad 10 years ago, racially motivated incidents across all Canadian campuses are making national headlines. This is made worse today by the growing far-right presence on campus, which includes white pride groups, far-right rallies and alt-right posters that threaten and attempt to intimidate racially, religiously and gender-diverse students.

University is supposed to be a fun, exciting time—and it is. But it’s important to be prepared. Here are some tips to deal with the negative feelings that may come with being one of the few students of colour on campus.

Ask before you go

I was the first in my Pakistani family to go to a Canadian university, and my relatives hadn’t thought about how anti-Black racism would affect my experience. And while I was worried about this, I was too embarrassed to raise my concerns with anyone I knew. I did some searching in student forums with little luck, and convinced myself that I was probably catastrophizing.

You should have all the information you need to decide where you’ll spend the next four years of your life, and this includes knowing whether you’ll feel safe and comfortable as a person of colour. Ask as many questions as you can. Reach out to your peers to see if they know someone who went to the universities you’re considering who would be willing to talk to you. Put Google Alerts on universities to get a sense of what issues they’re facing. There are endless student forums, Reddit groups and Facebook pages you can join to ask current and former students about the racial landscape of your schools of interest.

Get to know the city

While Londoners were very kind and friendly, I often received comments about my race: “We don’t get a lot of Black people here”; “I love Black people!”; “You must not be used to our Canadian winters.” A woman once asked me and the Black girl sitting beside me on the bus if we were related. In my second and third years, white pride marches were taking place downtown, blocks away from where I lived.

Look up the demographics of a city: the ethnicities of inhabitants, the languages spoken, the religions and politics. Smaller cities tend to be homogeneously white, Christian and conservative, but places like London or Regina have seen a boom in immigration, bringing more diverse communities. Data on race-motivated crime can be helpful: hate crimes are increasing in Canada and hit an all-time high in 2017—almost double the year before.

Most schools have ethnic- and race-based student groups, and these are an excellent way to make friends and find community. You can also get involved in student- and faculty-run workshops. Last year, in the wake of a student being attacked online for raising concerns about a professor who used the N-word in a lecture, Western’s president, Alan Shepard, launched a working group to target racism on campus. This is one of a number of ways in which “the university has been working in tangible ways to provide opportunities where all parts of the campus community can come together to talk about how we can move forward,” said Marnoch.

In second year, I joined a feminist group where my interests in community organizing, theatre and social justice flourished. Even though I was shy, everyone was welcoming and supportive, and some of those people have become lifelong friends. Having a community of like-minded people to hang out and work with toward important social change kept me busy, fulfilled and hopeful.

I met one of my dearest friends during Frosh Week—because he was the only other Black person on our floor. Not only did we understand the importance of sticking together—and remaining unapologetically Black—but we had tremendous fun. Soon after, I met a girl in a class at an affiliated college, which was smaller and had a tight-knit community. After sitting alone for two weeks, we realized we were both from main campus and started talking. She’s still my greatest ally, supporter and friend.

I’d argue that true friendship is the best remedy for feeling tokenized and alienated on campus. Your friends are your home away from home—people you can commiserate with, who offer you a shoulder to cry on, keep you in good spirits and help you navigate student and social life. They’ll get you through difficult days and make good ones even better.

Understand it’s not your fault

Eventually, the anxiety over anticipating another racist comment, subtle or explicit, caused me to remove myself from social situations and from participating in class. Back home in Toronto, my loved ones were in denial that racism could still be so blatant. So, instead of speaking about it, I internalized these experiences and convinced myself that maybe they weren’t as bad as I thought. But the incidents had devastating health impacts. I was angry, fatigued, paranoid, stressed, anxious and depressed. My asthma and migraines grew worse. Each morning when I woke up, I felt utterly hopeless, and every time I was in public, I looked for exits, afraid for my safety.

Research has found that experiencing racial discrimination—or even the fear of experiencing it—can cause enough stress to aggravate or increase the risk of hypertension, common colds, cardiovascular disease, anxiety, depression and suicidal thoughts. Racial discrimination and tokenism—whereby students of colour have very few peers or professors of colour—are also linked to poor academic performance.

Recognize that what you’re feeling is real and valid. Make your health a priority by taking time for yourself: see friends, exercise (meditation and yoga can help calm anxiety), journal or take up a hobby. Most universities offer counselling on campus, but wait times can be extremely long. If your finances allow, find a therapist or registered social worker off-campus—some may offer student discounts. There might also be equity and inclusion offices on campus that can provide support and resources.

Despite having to deal with racism, I had some of my best experiences at Western, and I don’t regret my choice. I learned so much about myself and what I was capable of doing on my own. Most of all, I was proud of my own resilience and of staying true to my identity, even when it made others uncomfortable.

Going to university is one of the most exciting times of your life, and it shouldn’t be defined by other people’s actions. This is your moment, and race doesn’t define you. So celebrate how far you’ve come. Celebrate with friends, celebrate by yourself, and celebrate often.

Eternity Martis is an award-winning journalist. Her memoir, They Said This Would Be Fun, was published by McClelland & Stewart in March 2020. She teaches a course, Reporting on Race: Black Communities in the Media, at Ryerson University in Toronto.

This article appears in print in the 2021 University Rankings issue of Maclean’s magazine with the headline, “Feeling safe in your new home.”