This week's reading: All the fake news you can handle

A crop of courses on fake news have been cropping up in Canadian universities. Many of them pull insights from political science, philosophy, history and psychology. 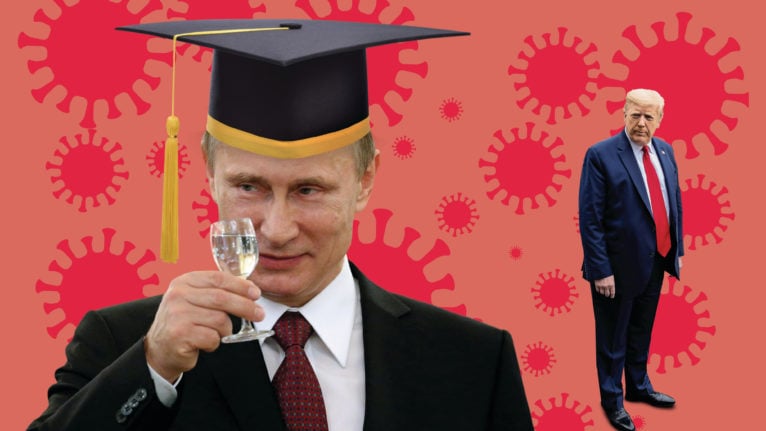 For an assignment in the course Fake News and Alt-Facts: Navigating Post-Truths Politics at Simon Fraser University, Mark Pickup’s students create their own fake news articles. One student’s story featured a Photoshopped image of Elizabeth May posing jubilantly over a dead lion in a forest in Victoria. Another detailed an elaborate conspiracy in which the Malaysian Airlines Flight 370 crash was orchestrated by a Barack Obama administration chemtrail distribution operation. The stories are riddled with typographical errors, poor typesetting, charged language and rhetorical questions. “As a class, we discuss which elements of these articles are different from what you might see in a more trusted source that follows strict journalistic standards,” says Pickup.

In recent years, courses about fake news have been cropping up in Canadian universities. Many of these courses transcend departments and pull insights from political science, philosophy, history and psychology. Their themes typically fall into two buckets: one tends to focus on digital media literacy, teaching skills and strategies aimed at helping students spot fake news, while the other explores the consequences of fake news for democracy.

These themes are not necessarily new; university courses have long emphasized careful reading and critical thinking. But following the revelations of Russian interference in the 2016 U.S. election, the appearance of viral stories such as the discredited “pizzagate” conspiracy and the onset of the COVID-19 pandemic, professors like Pickup feel an added sense of urgency to help students navigate the cascades of information in digital media and better understand what’s at stake when fake news becomes the norm.

Fake news itself is not new. In her 2020 book, True or False: A CIA Analyst’s Guide to Spotting Fake News, Cindy Otis traces how fake news has historically been used as a political tool. Benjamin Franklin, for example, used it to tip the scale in favour of the American Revolution. What is different today, she writes, is the extent of its reach.

The term “fake news,” a somewhat ambiguous concept, is also new. On the first day of class, Pickup often asks students to define it. His whiteboard is then scattered with a web of terms and phrases, including “conspiracy theory,” “propaganda,” “rumour” and “hoax.” Pickup uses the exercise to underscore that there is no standard definition of the term, despite there being different kinds of fake news. For example, many scholars use “disinformation” and “misinformation”—terms used by Claire Wardle, a leading academic expert on the relationship between social media and politics—to distinguish the purposeful creation of false content (disinformation) from the inadvertent sharing of inaccurate information (misinformation).

“ ‘Fake news’ can be the term that gets us all in the room,” says Mark Busser, a professor at McMaster University. “But if we are going to ask intelligent questions, we should focus on exactly what we mean.” Ten years ago, Busser noticed that some of his students were citing conspiracy websites such as Alex Jones’s Infowars in their essays. In response, he developed courses to promote digital media literacy and help students think like fact-checkers. In one of these courses, students examine a new conspiracy theory each week and learn criteria to distinguish between reliable and questionable outlets and content. Busser also teaches his students to “find the healthy balance between cynicism and gullibility.” If you are gullible, he says, you believe everything you’re told and implicitly trust every authority; if you are cynical, you believe that the government is always lying and is inherently untrustworthy. “Real conspiracies and betrayals of the public trust have happened,” Busser says. “But the truth is often stranger than fiction and usually a bit more bureaucratic and mundane.”

While some professors have developed entirely new courses, others have simply given the concept of fake news more prominence in their existing syllabi. In his undergraduate introductory course Critical Reading and Writing: Politics and Governance, Lucian Ashworth, a professor at Memorial University in Newfoundland, now talks to students about rhetorical tricks such as “firehosing,” a propaganda tactic adopted by the Vladimir Putin administration that involves spraying the media with an untruth that begins to stick over time. According to the New York Times, in 2019, the Russian television and internet network RT America started stoking fears that 5G phones pose significant health risks as part of a larger goal to “destabilize the West by undermining trust in democratic leaders, institutions and political life.” For Ashworth, this concept of firehosing illustrates the “abandonment of the notion of there being any kind of truth” and the undermining of expert knowledge.

“There is no textbook for teaching this,” says Asha Rangappa, whose course, Russian Intelligence, Information Warfare and Social Media, at Yale University explores how Russia infiltrates and feeds disinformation to the citizens of Western democracies. Students learn why people are susceptible to disinformation and how it can lead to mistrust in democratic ideals such as freedom and institutions such as the justice system. “I think students get a little bit more self-awareness of their own habits and how they are consuming information,” says the former FBI agent. “They generally leave my class kind of terrified. Some of them delete their Facebook accounts, which I see as a win.”

Meanwhile, Jason Blahuta’s course at Lakehead University, Defence Against the Dark Arts, explores faulty types of reasoning and logical fallacies through a digital media literacy prism. For Blahuta, the “dark arts” refer to manipulations that range from propaganda and fake news to more subtle information pathologies, such as vague language in a phone contract or the use of food-marketing buzzwords such as “farm fresh” and “100 per cent natural” to describe concentrated animal feeding operations. “When someone tries to convince you of something, you will be able to figure out what is a scam, what is not, and what is in your interest,” Blahuta tells his students. “And you will be able to make a much more informed choice.”

These days, making informed choices is more important than ever. I attended the first lecture of Blahuta’s course this summer, which ran online as required by public health guidance. He put up a series of true-or-false statements involving current events. For each one, his students unmuted themselves and weighed in, probing the meaning of ambiguous terms and raising compelling questions. The final statement suggested that COVID-19 has a higher fatality rate than any seasonal variation of influenza. This one struck me as obvious. “Of course the coronavirus is deadlier than the flu!” I thought. But one student asked whether the statement took into account the 1918 influenza pandemic. “Wow, good question,” Blahuta said excitedly—and I realized that maybe the answer wasn’t obvious at all. At a moment when new information—some of it faulty—is emerging about the virus every day, nothing is obvious, and every question is worth asking.