The student president seems to thinks they could be 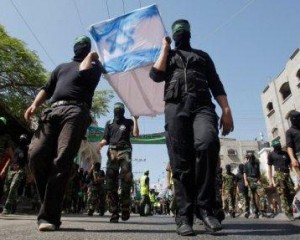 Earlier this week, after summarizing the controversy that had erupted after UBC’s student union decided to make a club’s $700 donation towards a Canadian flotilla to Gaza subject to a public vote by student council, I opined that student leaders, when representing all students, should wade as little as possible into matters concerning the Middle East,

Luckily, it appears that UBC has gotten the message. After finding that the student group in question (the Social Justice Centre) had not broken any rules with its $700 donation, council decided to allow the donation to pass, and launch a highly public investigation into whether they are aiding terrorism.

Included in the motion passed was a provision, recommended by lawyers, that the Alma Mater Society, UBC’s student union, make sure student money won’t be funding terrorism, if inadvertently. Which, regardless of where you stand, is the responsible thing to do. The report by the AMS’ law firm clearly said there was no evidence the Canadian Boat to Gaza, the organization overseeing the flotilla, or the Solidarity for Palestinian Human Rights (whose UBC chapter requested the funds for the donation) were linked to terrorism. But still, this is legalese for “covering your ass, and doing so quietly.”

However, rather than quietly going about this investigation after the public vote gave most people closure, the AMS Executive led by President Bijan Ahmadian, decided that the VP Finance would pursue “an independent investigation”  to make sure “the transfer will not constitute funding an organization linked to terrorism,” and issue a press release, confirming so.

Ahmadian then followed up by telling The National Post that the AMS “might call CSIS [Canadian Security Intelligence Service] or someone, and see what their impression is…I think we’ve definitely got ourselves to a bit of a dilemma here.”

A few questions I never thought I would be asking: if you’re the president of a public organization, and you think you might be indirectly supporting terrorism, wouldn’t you want to downplay the situation to the media, or defer comment? Wouldn’t publicly opining on this “dilemma” only further inflame the situation and make the very organization you run look bad? Especially given that for all the things you would think a British Columbia student union could be effective in, investigating terrorism links will never, in any conceivable universe, be one of them? Also, why even come close to implying that your fellow councilors, which you oversee, might be inadvertently supporting terrorism?

And one would expect if that did happen, it wouldn’t be UBC’s student union finding out first.