UOIT will need to overcome its vowel-filled name and uninviting campus. Fortunately, the new president has a plan. 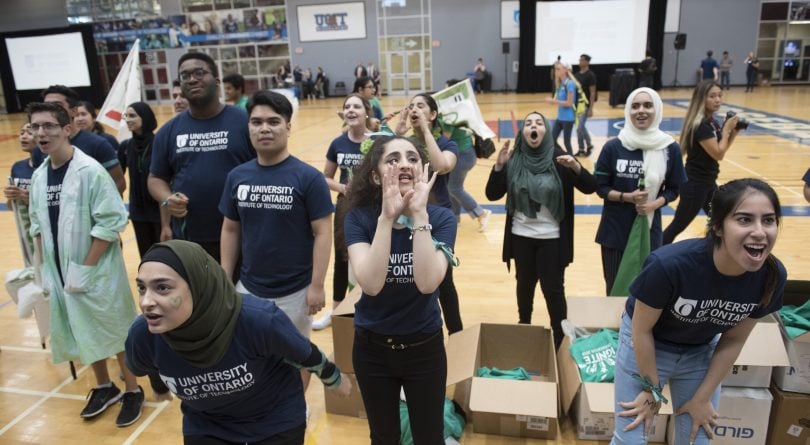 Like many of his classmates, fifth-year kinesiology major Benson Naman often has to explain where he goes to school: the University of Ontario Institute of Technology.

With its clunky acronym—UOIT—the Oshawa, Ont., institution is frequently mistaken in casual conversation for the long-established University of Toronto. “It’s frustrating,” says Naman. “They say, ‘Oh, U of T, right,’ and I say, ‘No, UOIT.’ ”

Ending the confusion is among the goals of UOIT’s new president, Steven Murphy. His plan to position the school as “one of the great technological universities” includes a rebranding campaign and creating a student-friendly “sticky campus” initiative, as well as shake-it-up moves for teaching and learning. “There is a place in Ontario and Canada for a school that is heavily STEM [science, technology, engineering and math], but STEM-based with a conscience,” he says, with graduates as savvy about the latest technology innovations as they are about their impact on society.

READ MORE: UOIT: The inside scoop on Ontario’s technology school

Getting there will have its challenges. “The biggest branding challenge is the name,” says Murphy. “Few people know what UOIT means, and it doesn’t help us that it’s a string of vowels.”

Over the summer, the university convened focus groups to consider a new moniker for marketing purposes, with more consultations this fall and a potential rebranding by next spring.

Murphy likes the name “On-Tech,” modelled on Georgia Tech and other top technology universities in the United States. He describes UOIT’s inherent potential by invoking the name of another U.S. university—the Massachusetts Institute of Technology—globally known for its blend of engineering, economics, philosophy and political science. “UOIT was built with a vision to be the MIT of the north,” Murphy said at his presidential induction ceremony last May.

Though the Toronto-Waterloo tech corridor features major research universities at either end, Murphy says his institution should not be overlooked. Enrolment has risen steadily since UOIT opened in 2003 and now stands at 10,000 students, with Murphy envisioning further growth to 16,000 over the next decade. UOIT’s most popular programs include nuclear and mechanical engineering, game development and entrepreneurship, and kinesiology.

At its Automotive Centre of Excellence, UOIT operates a five-storey climatic wind tunnel heavily used by industry and other researchers. Recently, the federal government pledged $9.5 million for new aerodynamic enhancements, including a belt-like “moving ground plane” that acts like a road for researchers to design vehicles of the future.

RELATED: University of Ontario Institute of Technology: Student tips for life on campus

Yet UOIT has physical challenges. It is split between a downtown Oshawa location and the main campus at the north end of the city. Also, the university estimates that almost 50 per cent of fourth-year students—and almost 40 per cent of freshmen—spend up to five hours a week commuting to school, a deterrent to hanging around campus.

Sarah Abdelmassih, a Ph.D. candidate in applied bioscience, recalls an exhausting first-year commute in 2011. From Brampton, one hour west of Oshawa, she spent an hour and 15 minutes getting to school with a ride from her dad and regional public transit. The trip home, solely via public transportation, took about three hours. “By the end of the day, you are so drained that the last thing you want to do is open a textbook after taking the bus home,” she says. The following year, she rented housing near campus and now, newly married, she commutes 15 minutes by car from a nearby suburb. 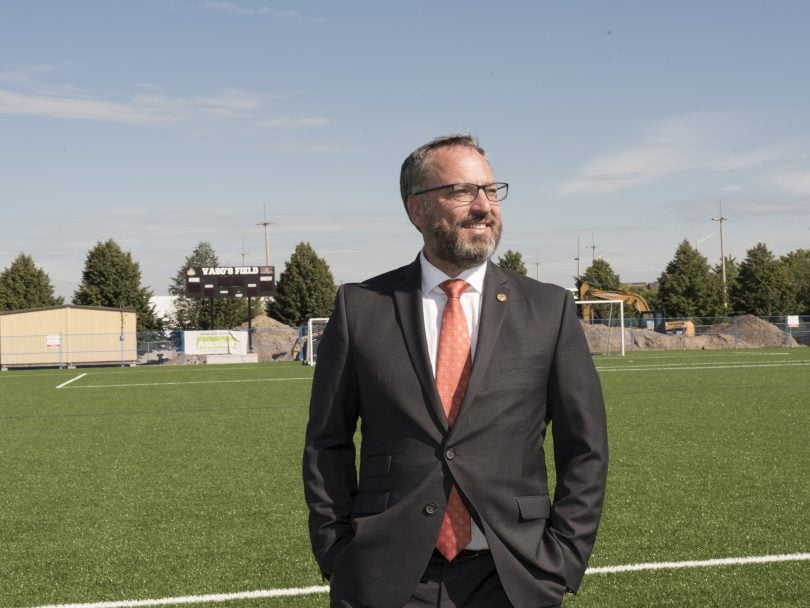 Luring commuter students to stick around is a priority for Murphy, a former dean of the Ted Rogers School of Management at Ryerson University. “You want folks to really be proud of where they are and want to stick around because it is the cool place to go,” he says. “If students can stay here and be proud of their community, they leave as alumni and ambassadors.”

Some “sticky campus” activities began before he arrived. In August, UOIT completed renovations on its soccer pitch with an Astroturf surface that meets FIFA criteria, enabling UOIT to host major tournaments. Murphy calls the field a “crown jewel.”

Katherine Koehler-Grassau, a member of the women’s soccer team that won a bronze at a national competition several years ago, says the field “has always been grass, and it turned to mud when it rained. It’s nice to have the turf field, finally.”

Elsewhere, students are being asked about what food they want in campus cafés, and for ideas on a revamped coffee shop that could double as an evening event space.

Some moves are small but visible. Around a seasonal water pool near the main campus commons, the university recently added blue and white Muskoka chairs for three-season seating. Picking up on an initiative first funded by the student association, UOIT has pledged to keep its library open 24-7 during exams. Other moves are bigger: consultations are under way on the design of a new building that would replace portables and house student services, UOIT’s student association and additional study spaces by 2021. “It will really bring the student community together,” says Jessica Nguyen, president of the UOIT Student Association. “What students lack is a place where they can come and hang out, talk to friends and [participate in] clubs and societies.” Her executive is also looking into sleeping “huts” for students to nap in between classes.

Beyond a welcoming campus, Murphy is eager to explore “disruptions” to teaching and learning. Last year, UOIT approved a liberal studies program for STEM students to study the humanities, as well as for others undecided about their future. The 120-credit program aims to equip students with knowledge across multiple disciplines, including technology, to help them succeed in an uncertain world.

Murphy wants to build on the new program, predicting it “will become the norm in new degree passing because it gives people flexibility.”

He also questions the traditional university format of 13-week semesters and three-hour lectures. “None of that is sacrosanct, and none of it speaks to how people best learn,” he says, eyeing alternatives to the professor-led classroom, including expanded experiential learning (in collaboration with local industry and non-profit organizations) and flexible curriculum delivery, including online.

To get there, he will need support from faculty, who are about to bargain for a new agreement. UOIT Faculty Association president Kimberly Nugent says her members are “cautiously optimistic” about the president’s game plan, describing him as a “forward thinker.” But she warns her members “need to be part of the conversation. It is not just the senior leadership imposing these decisions.”

Like the excited freshmen who filled UOIT’s gym for an orientation rally in early September, the new president is anxious to get going. “This is a great start,” Murphy told them. “Let this be your springboard to a fantastic year.”