How students are turning social-media intuition into tuition 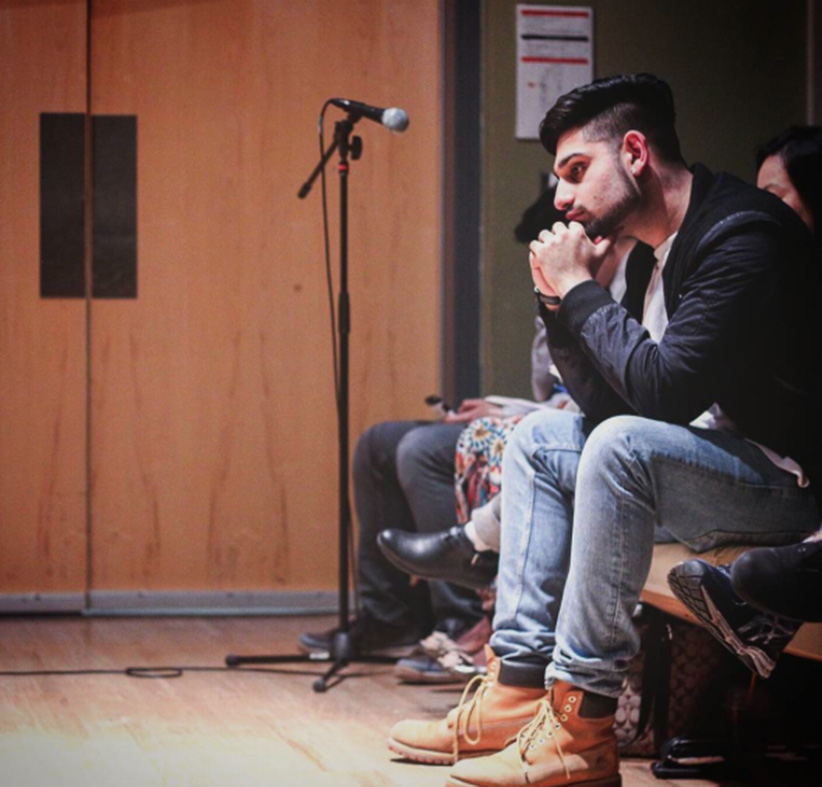 “Innovation is lives shooting through space, or getting a virtual tour of my friend’s new place. And then I left my mom and moved to somewhere I liked, and now she calls me every 30 minutes on Skype,” raps Wali Shah.

The 22-year-old spoken-word artist, who is rapping his poem Innovation, is no stranger to super-sized audiences. The social activist has gone from performing at local schools to sold-out stadiums. In 2014, Shah received a Plan Canada Top 20 Under 20 award and he freestyled with Grammy-winning rapper Kendrick Lamar at We Day Toronto.

A fourth-year University of Toronto Mississauga student, @waliFLOshah is followed by 8,000 fans on Twitter. Through social media, he’s gained an entrée into professional speaking—while paying for his education, too.

He’s one of the new school of social media influencers who have figured out how to capitalize on their online, and real-world, popularity. It beats being a barista, and the financial reward can be staggering for an undergrad, although not everyone goes for the bucks.

Microsoft approached Shah to create and perform a spoken word poem for its World Partner Conference in August 2016 at the Air Canada Centre in Toronto. After performing Innovation, Shah discovered an untapped market: performing custom poetry for corporate clients. “Microsoft paid for a year of tuition,” says Shah. He can’t help but laugh. “I’ve been doing well. I can’t complain at all.”

Being in university full-time hasn’t stopped the sociology major and anti-bullying activist from honing his craft. Schools are still the main source of Shah’s income. He’s been paid to travel to Vancouver and St. John’s, and more recently, he partnered with Crime Stoppers in Thunder Bay to work with incarcerated youth.

“I’m lucky if I get $500 for a half day working with kids in elementary schools,” says Shah. He says it can be challenging to manage his schedule alone. “I’m my own accountant, but I prefer it this way for now.” 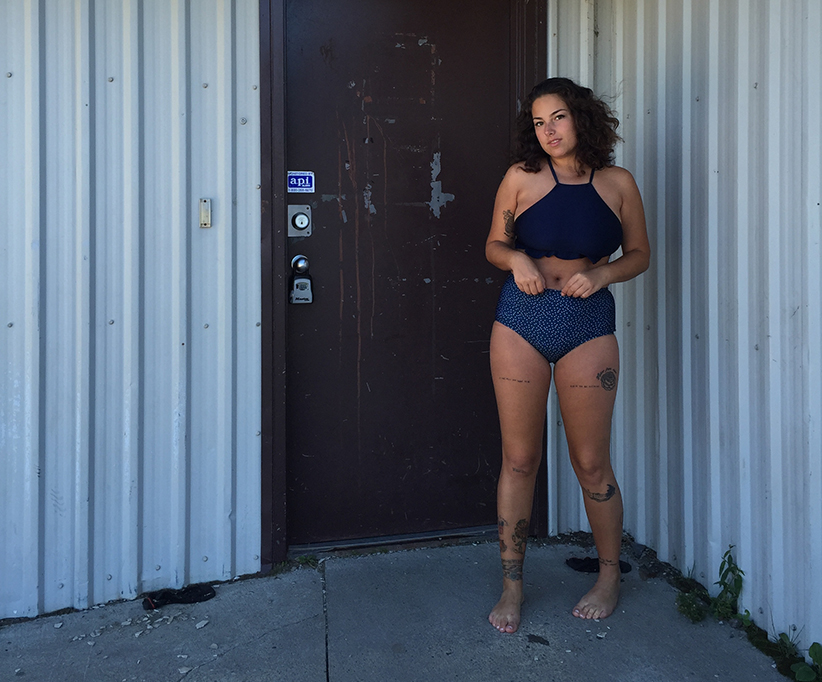 Instagram “It” girl Emily Battaglini is often approached by Toronto-centric brands, but she is firmly on the virtuous side of the balance sheet. The 20-year-old third-year Ryerson photography student, who goes by @emilybaetaglini on Instagram, fears that partnering with clothing companies would not be true to her Instagram aesthetic.

Her postings revolve around body peace and positivity, and reflect vulnerability in her everyday life. For that honesty, she has amassed 17,000 followers who love her Instagram photos, filled with portraits championing self-acceptance, her tattoos—and decadent brunches with friends. This makes her a natural target for pitches from consumer brands.

A Montreal-based swimsuit line, Mimi Hammer, approached Battaglini in December 2015 to model its swimwear. She agreed to post a photo, because it fit with her online identity of embracing her body.

“A lot of people follow me because of my honesty,” says Battaglini. “If I’m getting paid to post a photo that doesn’t reflect who I am, it’s not worth it.” While she didn’t take money, she was offered some free swimwear.

She works at a local vegan bakeshop to cover rent and tuition, and works up to 40 hours a week while in school.

But there are some perks, Battaglini says: “My meals have been paid for because people recognize me from my Instagram.” 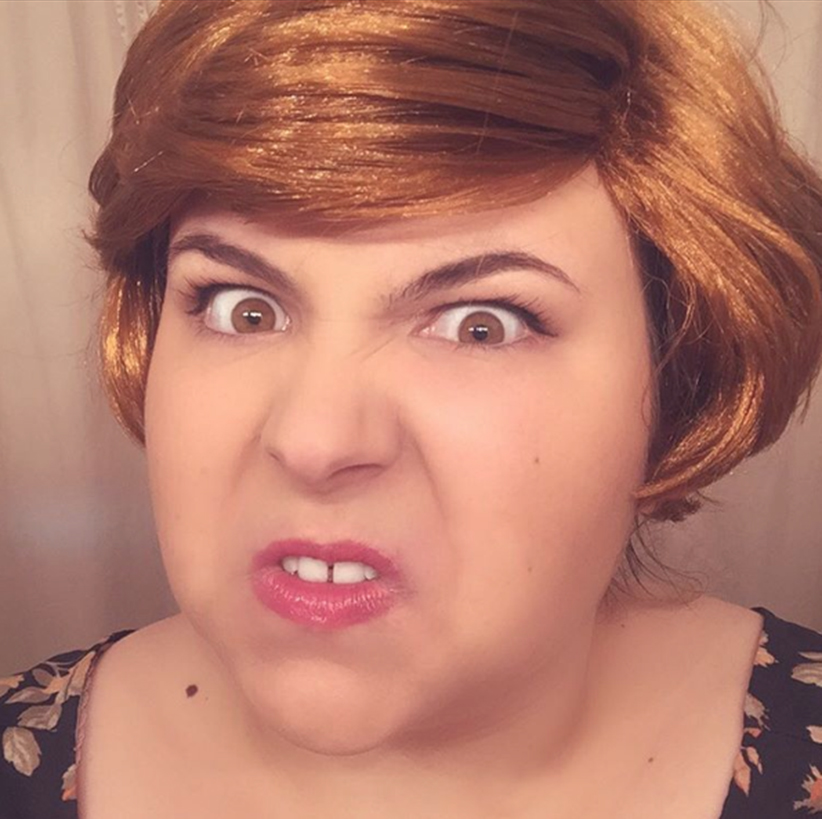 You Tube star Megan MacKay posts a #GetTrumped image of herself on her Instagram. (Megan MacKay)

“When we want to unwind, even for a coffee break, people are turning to YouTube for snackable pieces of content,” says Toronto native Megan MacKay, 24.

Affectionately called a “soaring social justice comic” by local media, MacKay, a Ryerson graduate, has steadily built her career as a professional YouTuber for the last two years. Her vlogs, often based on news items, are playfully constructed as makeup “roast-orials.”

“Usually I use a shade called Political Correctness, but as Trump said in last night’s debate, America doesn’t have time for that anymore,” MacKay says in her Donald Trump-inspired makeup tutorial. It was released the day after the Republican National Convention debate in August, and logged 6,000 views. A Ray Rice-inspired makeup tutorial has garnered nearly three million views since it was posted two years ago.

For the Trump video, MacKay, who goes by @mmmegan on Twitter and @therealmeganmackay on Instagram, teamed up with Cosmopolitan.com. “Branded partnerships is where the money is,” she says. MacKay initially made money off her vlogs with lower-paying banner ads. She says the average rate charged by YouTubers like herself, with approximately 50,000 subscribers, is about $1,500 to $2,000 for a video. Nevertheless, MacKay still lives at home with her parents.

She attributes her love of video production and sketch comedy to her undergrad days at Ryerson University’s school of radio and television arts, and her training at Second City. “The bottom line is, if your content is genuine to what you do, someone will notice you,” she says.