An insider's guide to the best campus food, place to study and more 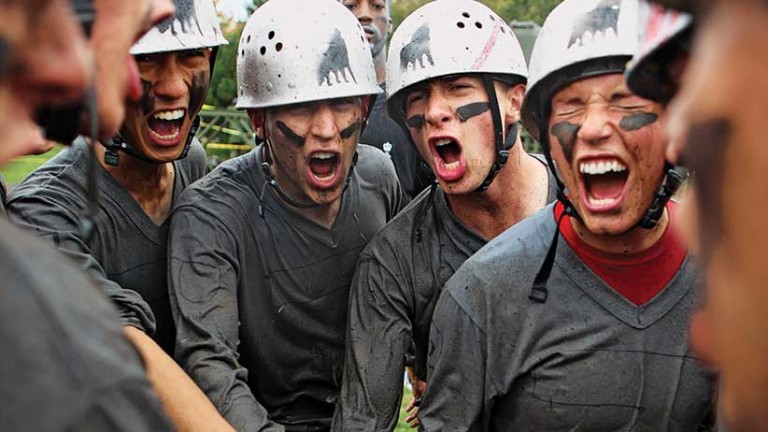 The Royal Military College (RMC) offers a unique four-year experience to its students. With a student body of fewer than 2,500, RMC is an exclusive environment that develops well-balanced junior officers for the Canadian Forces based on four pillars: academics, bilingualism, physical fitness and military leadership.

Without a doubt, RMC is a serious environment that demands more than many other universities. That said, you don’t get to build bonds and share laughs while climbing a 12-foot wall anywhere else. Classes are small enough that you know everyone’s name—and the professors actually know your name. You’ll also participate in international military events, military exchanges, national sports competitions and expedition trips that aren’t offered anywhere else.

If that doesn’t catch your attention, what about FREE? As a student at RMC, everything is covered. You even get paid, since you are in the military. Kingston is the place to be if you want to be surrounded by historical buildings and a beautiful waterfront. You’ll also witness stunning sunrises—because you’ll often have to be awake before them.

The First Year Orientation Program (FYOP) is a charming introduction to the college when you arrive as a first-year officer cadet. It’ll probably be one of the most challenging four or five weeks of your life, but it’ll also be what you talk about with buddies at RMC’s alumni events. So take a look at our small Kingston campus and join a school that will give you a taste of everything, from military chemistry courses to the half-price wings at Tommy’s.

After Class
RMC takes part in an annual hockey game against Queen’s University for the Carr-Harris Challenge Cup. You can choose which side of the arena to be on, but you won’t escape the sea of red that takes up all the bleachers. The winter ball is a magical experience with all the gowns and decorations, and the Bike-a-thon is a great event that blends fitness and a good cause (United Way) together. With all the funky fun traditions of the college, like 200 Days to Grad or Drill Fest, you’ll never get bored. And in case you do, stroll down Princess Street for a snack or a shop.

Local Vibe
Kingston is home to the Leon’s Centre, a hockey arena where acts like Cirque du Soleil and Leonard Cohen have performed. The streets of downtown Kingston are lined with countless shops and restaurants that are only a 15-minute walk away from campus. Don’t forget the annual corn mazes during the fall on Wolfe Island, which is a free ferry ride away from the mainland. Rent a kayak and paddle to Cedar Island during the summer or go for a hike to take some Insta-worthy pictures at Rock Dunder.

More Info
E-Veritas is an online school magazine that has articles written by cadets and ex-cadets. There are weekly articles about happenings in the college and photos of all the school events.