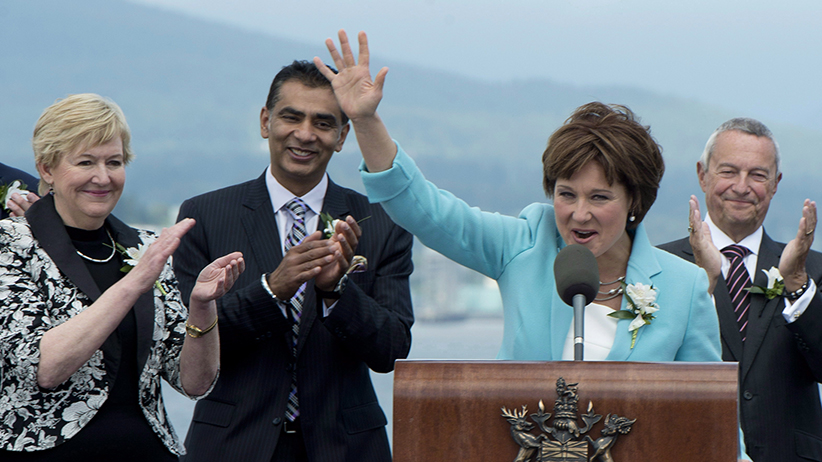 A report published Tuesday by B.C.’s Ministry of Finance reprimanded Kwantlen Polytechnic University in suburban Vancouver for flouting rules meant to limit public sector compensation. The school offered Alan Davis, its current president, and Anne Lavack, a former vice-president, $50,000 each in consulting fees before their terms began, plus more than $100,000 to cover unusual expenses, on top of maximum salaries. Kwantlen’s board of governors failed to disclose some of those payments to the Public Sector Employers Council Secretariat (PSEC), which acts as a compensation watchdog. Amrik Virk, now minister of advanced education, was part of that board. Opposition politicians have called for his resignation. Here’s a timeline of the scandal.

April 18, 2011 Anne Lavack was offered the VP-academic and provost position at $170,000, along with a $20,000 research allowance, $50,000 to cover expenses to relocate from Saskatchewan, a loan for housing, an administrative leave after five years and a $50,000 consulting fee to be paid prior to starting her term in July.

May 9, 2011 The school’s human resources department sent the office of David Atkinson, then Kwantlen president, an email asking that he sign Lavack’s contract. It read: “As Anne’s compensation level is such that it requires contract disclosure to the PSEA and to PSEC, have omitted any reference in the contract to both the administrative leave and the annual research allowance. These benefit details were contained in the offer letter, which should suffice?”

Nov. 5, 2011: Gord Lee, VP of finance, wrote to Ruth Wittenberg, president of the BC Association of Institutes and Universities, asking about the possibility of offering the next president compensation of $100,000 from Kwantlen’s foundation, on top of the regular salary. That email—copied to board chair Gordon Shoberg and Virk—read in part: “I am writing to find out if you would talk to the chair of our board of governors about how the government (based on your experience in government) might react if the board of governors arranged for Kwantlen’s new president to be compensated up to the PSEC limit by the university and a supplementary amount ($100k) by the Kwantlen Polytechnic University Foundation. A number of board members floated this idea on Friday . . . Clearly, this is a very confidential matter.”

Nov. 7, 2011 Wittenberg wrote to Lee that the $100,000 would result in an extremely negative reaction. That same day, the board withdrew a motion approving the $100,000 after Virk wrote that, “our advice at present is to hold off as the risk factors are very high. Stay tuned and hold off on the motion and conference call please?”

March 19, 2012 The board approved a motion to offer the president job to Alan Davis and created a committee including Shoberg and Virk to negotiate the contract.

March 22, 2012 Schoberg emailed other members of the board to inform them that, “Regarding the contract for services [the pre-employment contract], I would recommend eliminating reference to hourly rates and just have a $50,000 contract over three months billable in equal installments. We don’t want to manage [Davis] to an hourly basis, and I believe the spirit and intent of this contract is to incent him to enter into an employment contract.” That same day, PSEC approved a compensation plan for the president with total annual compensation at $225,000.

March 28, 2012 Kwantlen sent Davis’s draft employment agreement to PSEC for its approval. It included compensation of $224,995.37 per annum, 40 days of vacation and relocation expenses of $35,000 for moving from Saratoga Springs, N.Y.

April 5, 2012 Kwantlen copied Shoberg and Virk on an email to Davis that included the “ministry approved” employment contract—and “a contract for services regarding the period prior to your official takeover.”

May 7, 2012 Kwantlen forwarded a statement to PSEC from board chair Gord Schoberg that stated, “executive compensation paid in the prior fiscal year… is within approved compensation plans.”

June 13, 2014 The ministry of finance’s assistant deputy minister Rob Mingay issued his report. He determined that the “$50,000 for [Lavack’s] relocation expenses [was] high compared to other allowances for relocation expenses paid in comparable circumstances.”

He found that Kwantlen “did not list Dr. Lavack’s $50,000 pre-employment contract in its 2011/2012 executive compensation disclosure statement as required [which was] inconsistent with the spirit and intent of guidelines.”

“On an objective assessment, there were failures to disclose as required under the compensation reporting guidelines,” he added, before recommending an “annual mandatory one-day disclosure and reporting session for the appropriate executives in each organization.”

Premier Christy Clark issued a statement saying Virk has taken responsibility. “He’s committed to making sure the rules and the intent of rules are followed,” she added. “I have spoken to him and have absolute confidence in him and his ability to serve as minister of advanced education.”

“It’s clear that at the time as a board member, I could have done better,” said Virk.