Two schools for university students to consider in Manitoba's capital 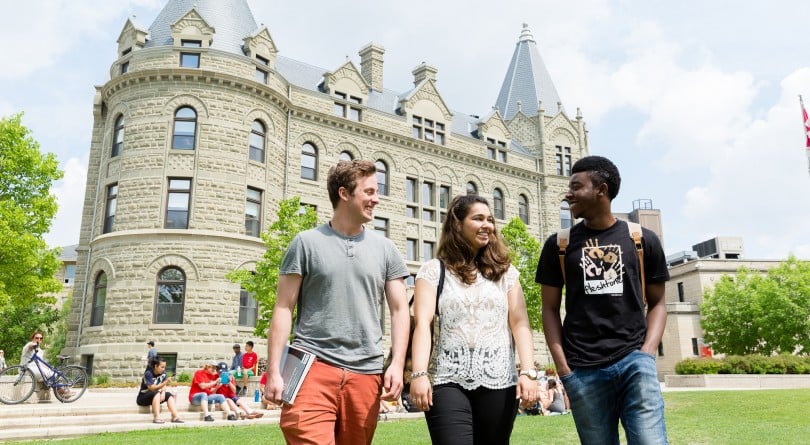 “Here at the University of Manitoba, we like to toot our own horn. Our university may not be highly ranked, but we have so much to be thrilled with. The satisfaction kicks in as you drive down Chancellor Matheson Road, which provides a glimpse of the Fort Garry campus’s rich architectural history. That includes the iconic 1912 Administration Building, which, like several others on campus, has an awe-inspiring design. It was one of the first buildings constructed when the university replaced the Manitoba Agricultural College at the Fort Garry site. Beside it is the University Centre—the campus hub. It houses the glitzy Campo Food Court, the bookstore, the Hub Pub, the Gallery of Student Art, a mosque, and other facilities catering to the daily needs of students.” – University Insider Tobi Nifesi

“The University of Winnipeg is known as the downtown castle. Wesley Hall—which looks like a castle—faces out onto busy Portage Avenue, so it’s inevitable that everyone talks about the Winnipeg castle.The university is also known for being the home of an artistic crowd. There are about 9,000 students on campus, so it’s not too crowded.
Another great thing about having small class sizes—sometimes as small as five people—is that the profs will actually know who you are. If you want to work for the university—as a research assistant, for example—you likely won’t have too much of an issue getting that position. If you need a referral from a prof for a job, you’ll probably be friendly enough with one who will help you out.” – University Insider Skylar Smallacombe