Canada lags behind other nations in sending its students overseas. Could the federal government change that? 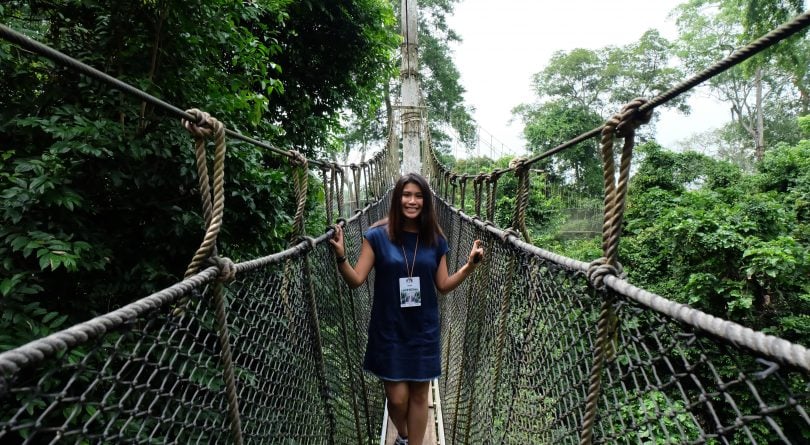 University of Toronto student Fredriz Cantilado spent three months in 2017 living and working in Tema, Ghana, a small city near the country’s capital, Accra. Cantilado supported an array of local tradespeople—including bead makers, interior designers and construction workers—as a marketing and branding ofﬁcer for the Artisans Association of Ghana. Not only did Cantilado get course credit for her work, but she also started to learn Twi, the local dialect. The entire experience will be an asset when she graduates with a double major in health policy and international development in 2019. “I gained so many skills and competencies,” Cantilado says. “Since I’ve been taken out of my comfort zone, I am more culturally aware. I’m able to take this experience and work internationally.”

MORE: Study in the U.K. – A Guide for Canadian Students

Furthermore, Canadians overwhelmingly chose the same handful of places: western Europe, the U.S. and Australia. This is a problem, according to international education advocates, if Canada wants the next generation of leaders to thrive in a world economy deﬁned by globalization.

“The world is changing, and Canadian society has to be equipped to succeed in a different kind of world,” says Roland Paris, an international affairs professor at the University of Ottawa who co-chaired the “Global Education for Canadians” study. “If we’re talking about trade diversiﬁcation, which is now a priority for the government, this is part of a long-term investment in the skills, knowledge and connections required to be able to reach out more effectively to parts of the world that haven’t been our traditional partners, and that are growing and becoming more important.”

MORE: Study in Australia – A Guide for Canadian Students

Some universities are now actively promoting international study. The University of Toronto increased bursaries to support far-flung undergraduates from $1 million to $3 million for the 2018-19 academic year.

At Western University in London, Ont., university president Amit Chakma prioritized international study when he took the helm in 2009. Nearly a decade later, Western has more than doubled the percentage of students who go abroad, from just under three per cent to just over seven per cent. “We believe it’s very important for students to have more experience with cross-cultural matters in order to live and work in what is a global economy,” says Julie McMullin, vice-provost and associate vice-president of international education at Western. “It doesn’t matter whether one ends up living and working in Toronto, Edmonton, Vancouver, London, Ontario, London, England, or Hong Kong, the ability to work with and understand and have empathy for other points of view is very important.”

Western gives all incoming students what looks like an airplane boarding pass, which advertises a $1,000 scholarship for international study for students who achieve an average of 80 per cent or higher in second year. More than 100 students use that scholarship each year. The university also added more short-term study-abroad options. These for-credit courses offer two or three weeks of travel, usually in May and June, with required study and reading done in advance during the winter semester. Having briefer options means students can still work a summer job and they don’t have to break a lease on housing, says McMullin. Popular options include a theatre study trip that alternates between London, England, and New York City. There’s also business study in Hong Kong and Spanish cultural studies in Barcelona.

Maria Petrou, a history and classics double major at Western, enrolled in a short-term study tour of Italy this past spring. As part of the course, students researched an item and a place from ancient Rome and presented their ﬁndings to the class while on location. Petrou says standing in front of Boxer at Rest, a statue housed in the Palazzo Massimo branch of the country’s national museum, was “unreal” and left her awestruck. “The bronze boxer is my favourite statue in all of antiquity,” Petrou says. “I walked into the room and I just started crying. I had been studying this for four months. I can’t forget the moment of seeing that in real life.” Petrou graduated after returning from Rome, making the study abroad a memorable capstone to her degree. 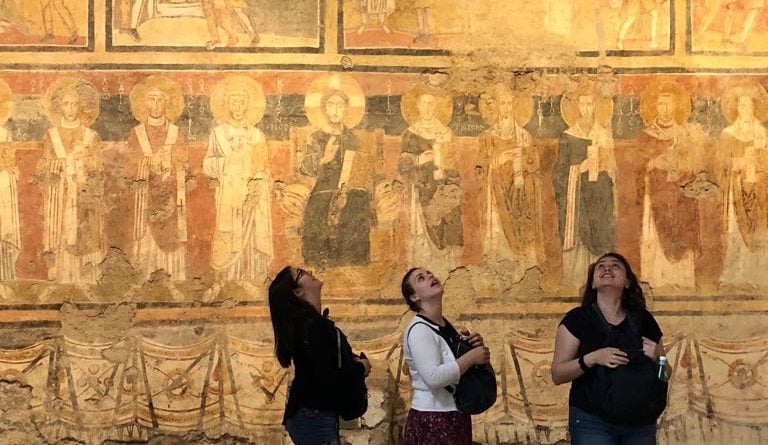 Maria Petrou with classmates in Rome for a study abroad course in May 2018.

Western wants a minimum of 10 per cent of its graduates to have an international learning experience. The CBIE, a non-proﬁt, says the numbers should be closer to 25 per cent. Achieving that target requires federal leadership, says Larissa Bezo, the bureau’s acting CEO, who made a pre-budget submission to the House of Commons ﬁnance committee in August. “This is about connecting Canada to the world in a really meaningful way,” Bezo says. “It’s about creating meaningful work opportunities for our young people for that future labour force. It’s about building new pathways and new ambassadors for Canada.”

Given that ﬁnances are the top reason students don’t study abroad, Bezo’s organization urged the federal government to spend $10 million over ﬁve years to get a program started. To begin, the government should focus on two or three regions where Canada wants to develop stronger ties, says Bezo. “I would expect that we’d be looking to emerging markets,” says Bezo, noting that Southeast Asia and China could be areas of interest. Once the regions are selected, the group recommends starting with at least 100 scholarships per region per year for ﬁve years, at a maximum cost of $5,000 per student. Meanwhile, the “Global Education for Canadians” report sets a more ambitious target, asking for $75 million per year for the ﬁrst ﬁve years to develop a Canadian international education strategy. Spending that amount would be in line with a similar strategy adopted by the Australian government in 2015, the report says.

How likely is the federal government to provide cash for international education? Bezo is optimistic that Prime Minister Justin Trudeau could be receptive, given his focus on youth. There are also political forces at play. Donald Trump’s erratic foreign-policy positioning and tense NAFTA negotiations strengthen the argument that Canada should do everything possible to tap new markets. “The Trump administration’s policies remind us that putting all our eggs in the North American basket is riskier than it would have seemed a few years ago,” says Paris.

While pushing for a federal strategy to increase international study is part of the solution, Cantilado encourages students to seek out their own opportunities, as she did through a Queen Elizabeth II Diamond Jubilee Scholarship. “The world is so vast, and it’s so important for you to acquire these types of experiences,” she says. “It enriches your academic experience. It increases your appeal as a person entering the workforce. It will deﬁnitely help you grow as an individual.”