York University 411: Where to catch the best music, live, and more 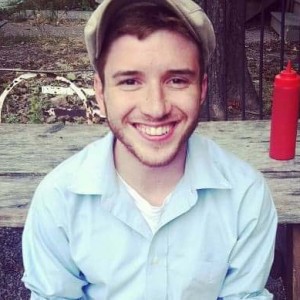 Tucked in the tip-top corner of Toronto, York is a city university set apart from the commotion of downtown. York can make you feel a little isolated at first due to its grey brutalist architecture, sprawling suburban campus, and majority-commuter population, but once you begin to find your community here, it quickly becomes home.

Our student population is the fourth-largest in Canada. Most of those people commute, so it’s important to get involved if you’re living on campus. Luckily, there are plenty of activities. The best part of Toronto is its multicultural vibe, and no place in the city is more diverse than York. Campus groups that celebrate our different communities organize and host events like dinners, screenings and parties all year round.

The one big drawback to York has always been that it’s a pain in the neck to get to. But, with a subway set to open sometime this century and Uber plotting to employ half the city by the end of this semester, it’s really not so bad. Take a book and you can easily get most of your readings done during your trip to campus. York is what you make it.

Extras
Visiting speakers and authors come here regularly and there are near-nightly events. Your best bet is to watch the walls around campus to see what’s being advertised on posters. York’s fine arts programs mean there are always shows in the school’s many gallery, theatre, and studio spaces.

Keep active by taking a PKIN course. These exercise-based electives are required for kinesiology students but open to everyone and free to join. If you can’t get into your favourite one, just do what the rest of us do to stay in shape: chase geese (I don’t know why there are so many geese up here).

Local Vibe
Torontonians can come off as boastful compared to other Canadians, but only because we know how good we’ve got it. Being the fourth-largest city in North America means every musical act stops here. Venues like Massey Hall and the Air Canada Centre host the A-listers, but with hundreds of smaller venues throughout the city there’s a good chance that there’s a show you’ll like on every night of the week.

Live music not your thing? Neighbourhoods like Chinatown, Little Portugal, and the India Bazaar are destinations for amazing (and pretty cheap) food. Come summer, Toronto becomes a city of festivals with Caribana and Pride leading the way as we celebrate our diversity.

The Skinny
BlogTO is the city’s go-to listing for happenings, neighbourhood restaurant and business reviews, and just about everything Toronto.