Backyard hens provide a cheap, nutritious and regular source of protein for little investment. Cities can do more to help Canadians embrace them. 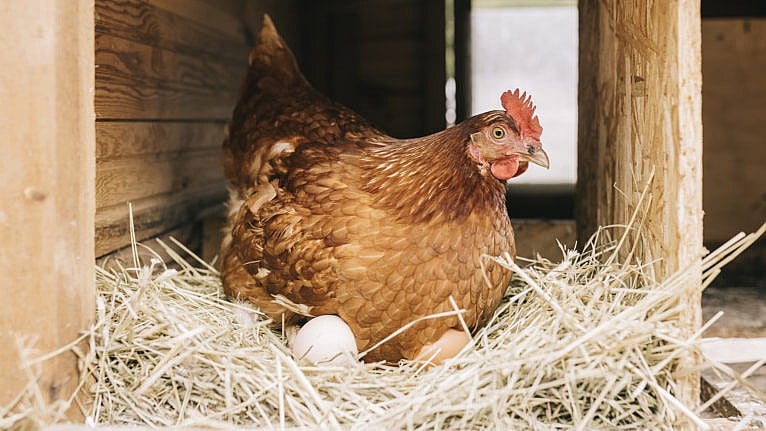 Over the past decade, cities across Canada have been piloting urban hen programs (Photo courtesy iStock)

As inflation hits all areas of spending, Canadians say that food prices are where they’re hit the hardest. From May 2021 to May 2022, the price of food rose by 9.7 per cent. And in a survey conducted by Statistics Canada in April, 43 per cent of respondents said rising food prices impacted them the most in the past six months, followed by rising transportation prices, at 32 percent.

Basic food staples were up across the board in May 2022, from fresh fruit (+10 per cent) to meat (+10.1 per cent) and fresh vegetables (+8.2 per cent). While planting vegetables in your backyard allows people to grow their own source of food (along with the well-being benefits of tending to a garden) sources of complex protein are harder to come by. That’s where backyard hens come into play. Hens lay an average of one egg a day for 200 to 250 days out of the year. They’re a reliable source of fresh protein with little upfront and ongoing cost.

As the price of groceries increases, growing one’s own food can be a powerful tool to affordably feed households and make cities more food secure. Backyard hens can be a part of this strategy.

The idea: Supporting urban food security by allowing citizens to raise egg-laying hens in their backyards.

How it works: Over the past decade, cities across Canada have been piloting urban hen programs. Saint John was the first city in the Maritimes to allow homeowners to keep chickens, in 2013, while Toronto’s UrbanHensTO pilot began five years later. Vancouver and Calgary began permitting for backyard hens in 2022, although Calgary, which recently did the same, has limited its program to 100 applicants for the first year.

Rules vary by city, but hen-keepers typically need to apply for a permit or to register their hens. Vancouver allows a maximum of four hens, while Calgary stipulates a minimum of two and a maximum of four, since hens should be part of a flock. Bylaws also cover the size of enclosures, along with doors that can be locked at night to protect them from predators, like coyotes.

Paul Hughes, executive director of Grow Calgary, a non-profit community farm, has long been a proponent of urban chickens. “They are a very good fit in an urban environment because of their size and how easy it is to feed them very simple table scraps,” Hughes explains, which helps to reduce household waste. Alternatively, he says a $10 bag of feed supports three hens for two months. Enclosures can run the gamut of costs, but Hughes built his from scrap materials. The hens themselves are cheap too, costing about $10 each for a standard laying hen, and up to $50 or more for heritage varieties that lays eggs in unconventional colours.

There are, however, opponents to the movement, citing concerns over cleanliness, hygiene and noise. The town of Tecumseh, in southwestern Ontario, discontinued its two-year urban hens pilot program in March 2022 due to complaints that hen coops attracted rodents. But Hughes says mice and rats are prevalent in urban settings and the presence of chickens is not a significant factor in their proliferation. While chickens are susceptible to avian flus, the segregated nature of backyard flocks makes it easy to identify and isolate problems to prevent the spread of disease.

As for noise complaints, Hughes reminds us that it’s roosters that crow, not hens, which is why most urban chicken programs don’t permit roosters. “Hens are very, very quiet,” he says. “They will make a tiny bit of noise when they’re having an egg because they’re very proud. That’s their big event for the day.”

The big picture: Urban hens aren’t the only solution to feeding cities, but they can be part of it. “Our food security in Canada is so low,” Hughes explains. “Every little initiative will add considerably to our capacity to feed ourselves. Families that choose to have hens will improve their household food security.” Hughes believes that cities can and should do more to encourage citizens to raise chickens through municipal campaigns, similar to recycling campaigns. “[Cities can] promote hens as a way to reduce organic waste and as a way to access nutritious food,” he says.

Much like cities offer free compost for gardens, cities could also subsidize materials required to raise hens as an incentive—or subsidize the hens themselves. In 2010, the town of Mouscron, in Belgium, gave away 50 pairs of chickens as a means of waste management and egg production.