Enough with the constitution, already 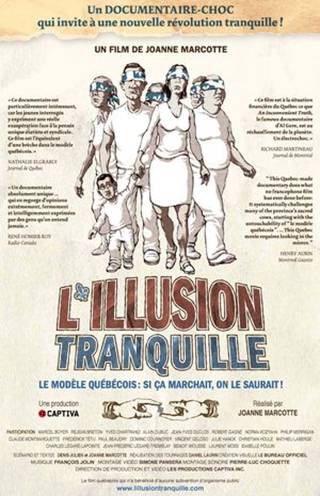 Yesterday, Maclean’s posted an article about the demise of Mario Dumont and the future of the ADQ. Filmmaker, former Dumont advisor and blogger Joanne Marcotte, who is quoted in the piece, took us to task for focusing on constitutional matters. “It’s too bad,” she wrote in an email. “I guess this is because this is what interests Canada.” Well, yes, but only to the extent that Canada wishes they would go away. Just like Joanne herself! What follows is a conversation we had about what the many Quebecers really want. Hint: it’s not more of the same.

Hello Joanne. You have said that you are tired of the constitutional question hanging over Quebec and Canada, and that the ADQ should be above this debate. Why is that?

Effectively, it seems the only conversation between Canada and Quebec has to do with the province’s  status within Canada. After the 1995 referendum, the ADQ declared a 10-year moratorium on the question, something which I think appealed to a lot of Quebecers who are exasperated with all the time and energy devoted to this question.

I became a member of the ADQ during this time. The ADQ had the effect of moving the debate from constitutional matters towards a left-right axis. It allowed for a reconsideration of the ‘Quebec model’ and the involvement of the state, higher taxes and alarmingly high union membership. In many respects, the ADQ’s fiscal conservative model has much more in common with the rest of Canada than the tradition social democrat stance of the PQ.

Health administration, education, and natural resources (including hydroelectricity) are provincial  responsibilities. If Quebec can’t find its own way to prosperity, il only has itself to blame. It is not normal that we depend on transfer payments from the other ‘have’ provinces, which amounts to social assistance. As far as I’m concerned, you can’t reconcile the concept of pride with that of dependence. You’d have be a gymnast to do so. As far as health is concerned, the Chaoulli decision and the Castonguay report established how, exactly, Quebec could introduce  mix of public and private medical care, in order to save us from the perverse effects of the state monopoly. Unfortunately, Charest and the then-health minister, Philippe Couillard, didn’t have the courage to seize the opportunity.

One of Quebec’s biggest problems is its ability to attract private investment, and it is the reason we aren’t as competitive as the other provinces or American states. Effectively, we should use the recommendations of the Fortin report and of the Fraser Institute: abolish tax on capital, reduction of business tax to 10 percent, relax the employment laws and reduce the power of the unions.

People who say there is nothing we can do are wrong. Quebec has the tools and the power to assure more prosperity for itself in the future.

Many of these initiatives, particularly health and slackening the power of unions, were part of Jean Charest’s campaign in 2003, but he backed off once in power, largely because of the enormous backlash. How would an ADQ government approach this opposition?

The Quebec model is so anchored in Quebec’s culture that its difficult to imagine that a party would be able to break the status quo. That said, I believe that the ADQ, when it does its work properly, has been able to raise awareness of the urgent problems in Quebec: its older population, its many state monopolies, its debt. That, without even being in government. The day will come when the problems are so bad that the population will want its politicians to do something about it. Already, according to some polls, Quebecers are largely in favour of mixed public-private health care. We also see that the popularity of the union movement is on the wane, that it is less a defender of public interests than a defender of itself. Finally, one thing is for sure: the other two parties, the PQ and the PLQ, certainly won’t do what is needed.

Jean Charest is popular in English Canada because, I think, he isn’t seen as a threat. Mario Dumont was different. No one really knew where he stood. I wonder if the next ADQ leader will have to reassure the rest of the country that the ADQ idea of autonomy doesn’t pose a threat.

I think this is a question that needs to be asked in the rest of the country. Does it really need to be reassured? Do they not realize that Quebecers have twice said that they would like to remain in Canada? Are they so influenced by our sovereignist high priests at the expense of Quebecers themselves, who have expressed staying in Canada? In reading certain newspaper articles like, Tell Quebec Where to Get Off or the book Time to Say Goodbye-The Case For Getting Quebec Out of Canada, I think certain English Canadians are past the point of no return.

That said, these texts don’t offend me. What’s important to me is that Quebec fixes itself economically. The best way to reassure the rest of the country is for Quebec to become more prosperous and fixes its own problems.