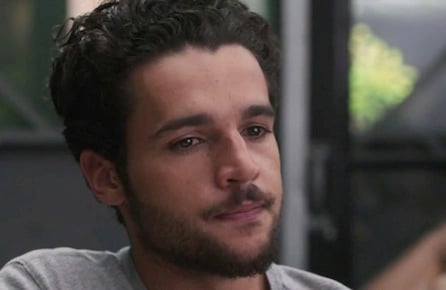 Actor Christopher Abbott has quit HBO’s Girls, the show that nobody watches and everybody talks about.

“They’ve just started work on Season 3, and Chris is at odds with Lena,” a source told the Post. “He didn’t like the direction things are going in, which seems a bit odd since the show put him on the map.”

In a recent New York Times profile on the boys of Girls, Abbott admitted that he’d never had a full-time job in New York City before Dunham cast him as Charlie. “I did odd jobs. I had a friend who was a carpenter, so I would help him sometimes.” He also seemed enthusiastic about the progression of his character–“I feel like in the first season his view of the world is quite small. So his world opens up a little bit more in Season 2.”–and about Dunham’s writing, saying that “it all comes from real-life situations. So she gave me a bit of back story on who the character is. She told me some stories about what this guy did in this situation, and that would feed so much of who that person is.”

Abbott’s rep confirmed the news adding that the 26-year-old actor is “grateful for the experience of collaborating with Lena, Judd [Apatow], and the entire Girls cast and crew, but right now he’s working on numerous other projects and has decided not to return to the show.”

One project includes working on the feature The Sleepwalker with his former co-star Brady Corbet of the critically acclaimed 2011 film, Martha Marcy May Marlene.

The Post also reports that Dunham has “shaken up the writing staff for the new season.” No word on how those writers will handle Abbott’s character Charlie, who was last seen in the Season 2 finale having sex with Marnie on a desk, exiting the show.