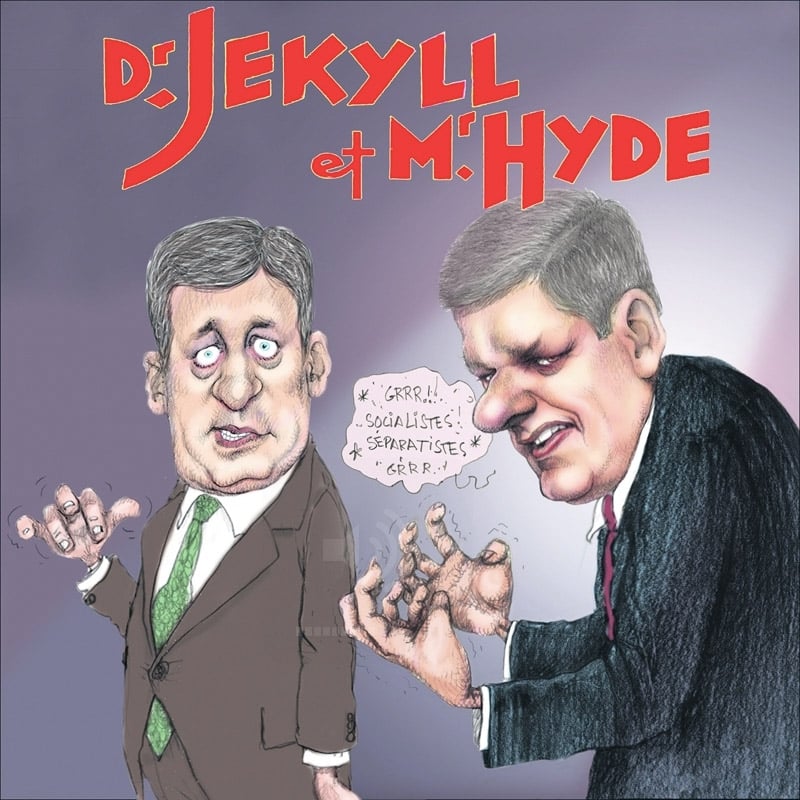 The Liberals send out an email to journo types everyday, chock full of talking points about and outrage at its opposition. (It’s fun getting an email from someone named “Liberal media”. The more cynical amongst you might say this is redundant… ) Today’s was a barnstormer, loaded as it was with reaction to Harper’s whoopsie (or maybe not! read on…) in Sault St Marie. “Hidden agenda”, “the real Stephen Harper”, “secret cabal meeting throwing out republican-style red meat word”, etc. The received wisdom, peddled endlessly by the Libs , is that Harper really did screw up. Turn off the cameras, or at least fool him into thinking they are off, and Harper turns into some sort of mouth breathing (though impeccably coiffed) he-jackal– a “caricature of an American Republican”, as Josée Legault said wrote today (and which the Liberals quoted.)

And yet here’s Ignatieff forced to deny one of the main points of that wretched speech, not 24 hours after professing his own outrage (outrage!) at Harper’s words.

Hunter Thompson had a favourite LBJ quote: “Make the bastards deny it.”