A frozen piece of heaven (or hell): The Dessert Poutine 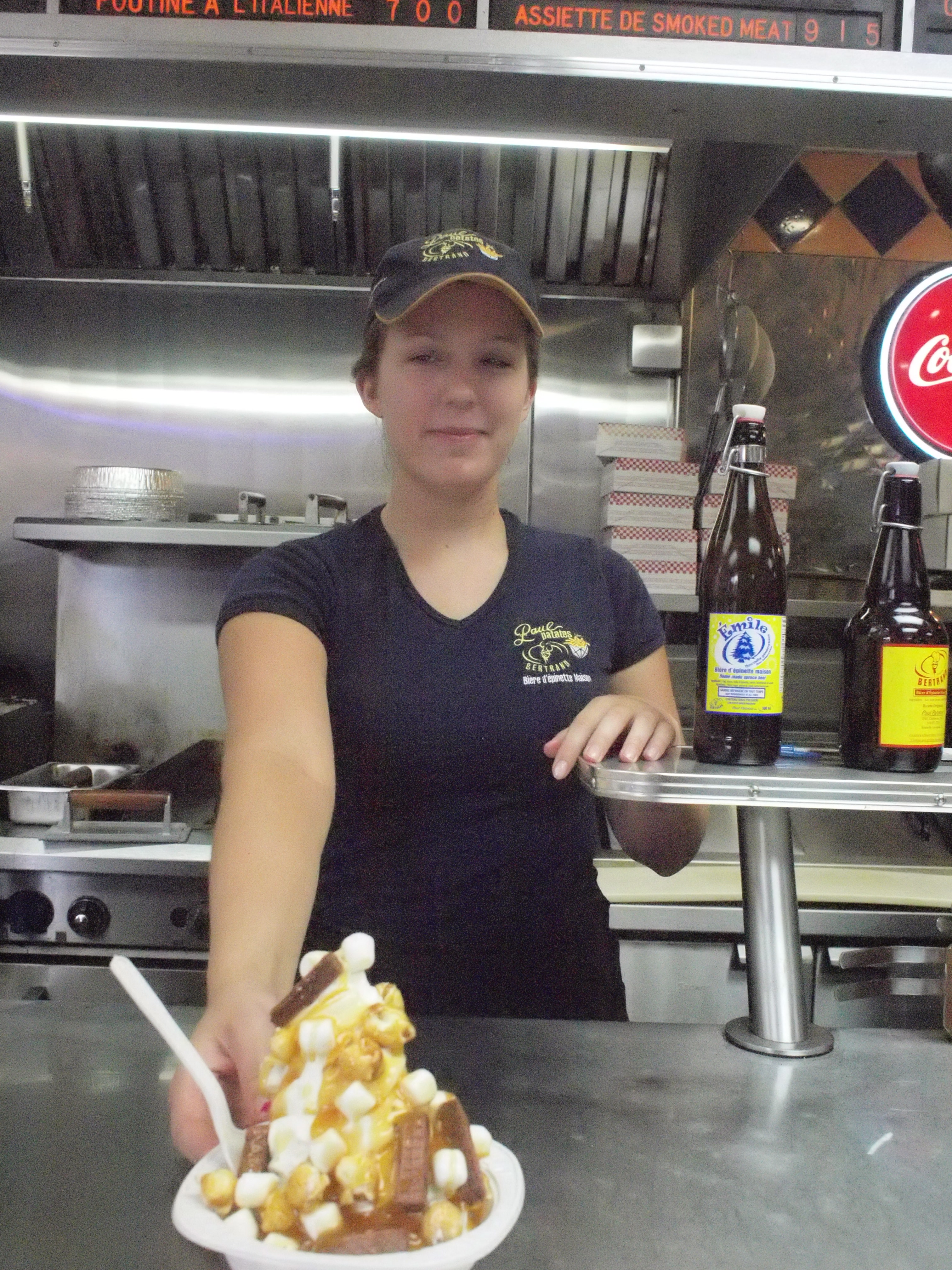 Paul Patates has lived on the same corner in the Montreal neighbourhood of Pointe St Charles for 52 years. It’s an enduringly popular spot, mostly because it does the simple things right: hand cut fries, house brewed spruce beer, steamés with just the right rubbery-weiner-meets-soggy-bun goodness. In a time of tiresome poutine haute cuisine–foie gras! Merguez sausage!–Paul’s is a lesson in straightforward perfection: pile of fries and a bag of curd cheese, topped with hot, fresh gravy. It does what a good poutine is supposed to do: thoroughly indulge that evil little part of your brain that craves salt, grease and decadence.

Which brings us to the dessert poutine, the subject of DMA’s very occasional and totally irregular summertime foodie diversion.

The restaurant began offering this absurdity in June. Owner Dany Roy says it was invented by the folks at Taylor Ice Cream Machines, apparently to capitalize on Quebec’s obsession with its signature dish. It is marketed by dairy behemoth Québon and sells for $5.60. “Quebecers are crazy about poutine,” Roy says. “We dream about it.”

Like bagels from Toronto and governors from Alaska, the dessert poutine makes no sense whatsoever, yet is just as car-crash compelling to fathom. Start with a thick swirl of soft serve ice cream, add chocolate wafer sticks (fries!), miniature marshmallows (cheese curds!), Cracker Jack popcorn, (er, gravy stained cheese curds?) and smother it in caramel sauce, the sugary approximation of Paul’s poutine gravy. In the above picture, Patates waitress Loretta presents the dessert. “Sometimes people get a poutine for lunch and then a poutine for dessert,” Loretta, who seems to know better herself, says. “It’s mostly guys.”

The dessert poutine tastes like a tarted up caramel sundae, and goes down  so quick you almost forget about how much you’re going to hate yourself in an hour. Which is what a good poutine is supposed to do, come to think of it.